It’s now May 21, 2011 here in Arkansas. According to some crazy Xtians, Jebus is supposed to come today (1) (2), which popularly has been called the rapture. And Jebus apparently TOTALLY cares about the time zones that man has created, because he’ll make an appearance following a great earthquake “starting in the Pacific Rim at around the 6 p.m. local time hour, in each time zone” (3). 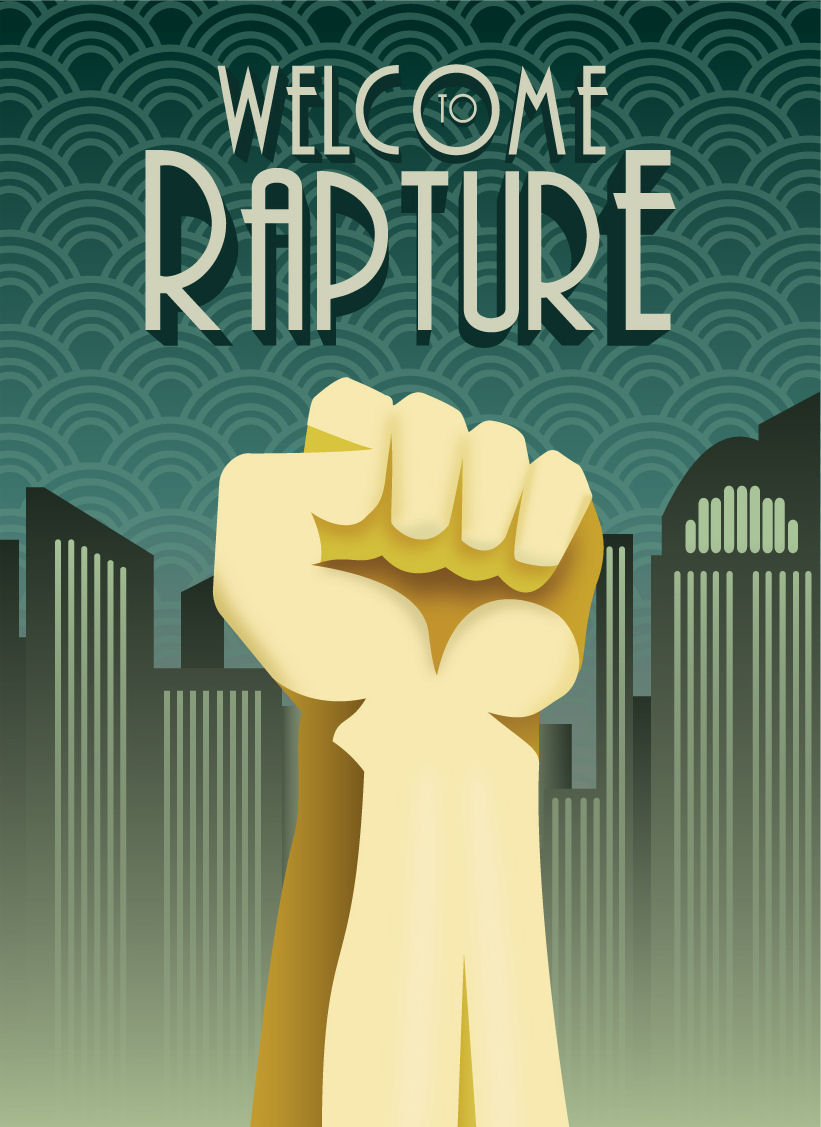 If I’m lucky, I’ll come today too. Maybe a few times if I get really lucky. Not as many times as Jebus will though. Apparently there’s about 65 time zones (4)! That’s a LOT of shaking AND coming. The lucky bastard! Literally.

For those curious about the title of the post, it’s the Koiné Greek word used by Paul in 1 Thessalonians 4 from which our current word “rapture” has been derived (5) (6). All of which I think is really Paul just rehashing Daniel’s dream from Daniel 7 (7). And without citing his sources even. Isn’t that plagiarism?

I really need to get around to playing BioShock one of these days. That’s where the above poster comes from. Rapture is the name of the underwater city in the game. It’s stylized in a very art deco motif. I loved what I saw in the demo I played. I just need to get around to buying the game and playing it.

Wow, my train of thought apparently derailed when it came to writing this post.

Much like many Xtians will feel derailed in a few hours and make up yet another excuse as to why their savior hasn’t come back for them. I’m guessing it’s because they killed him, and he didn’t much cotton to that (8).