The Husbear and I bought a new (to us) truck. It’s the first any thing where the Husbear and I were on the loan together. Probably sounds stupid to some, but to us it’s a somewhat big deal… one step closer to legal recognition? At least in our heads… 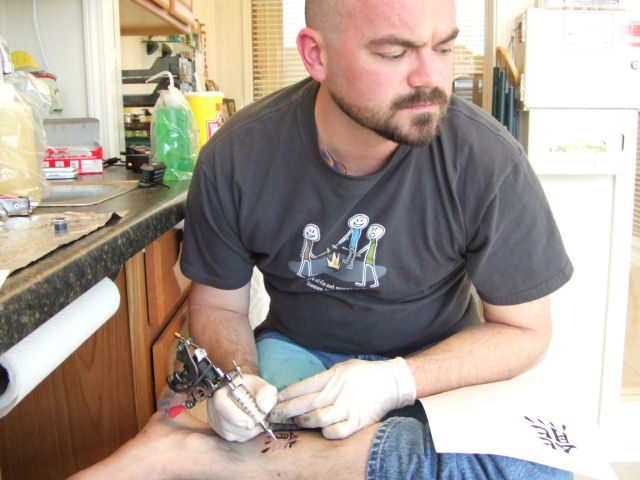 I did my first tattoo on a human today! Well, some would say it’s not human… it was me. Talk about nerve-racking! It’s one thing to be getting inked. It’s another thing entirely to be inking yourself! Wow! That was an experience.

We had a bit of bad weather here in NW Arkansas last night. A tornado ripped through the area and did a lot of damage. The Husbear and I lucked out… twice! The building the hair salon and tattoo shop are located in was damaged. Half the roof was ripped from the building. Fortunately, it was the other end of the building and not ours, so our shops were okay. We feel bad for those business owners; one especially–she lost her home in the events of last night as well. The second bit of fortune was that the tornado went across the ridge next to us, and not ours. We have quite a bit of hail damage to the house and the automobiles, but no one in our familia was injured.

After 15 years, the Honda CRX has been forced into retirement. The tornado that went through the area dropped softball size hail on us, and as a result three of the windows on the CRX were destroyed. I’d like to keep it as a project car, but I’m still undecided on what to do with it.

The Pontiac was beat to hell. The full coverage insurance we had on it should pay off, and leave us with at least enough to make a nice down payment on something to replace the Honda with.