Our first big ice-in here in Arkansas. The weather pretty much shut down most of NW Arkansas… not a big surprise since most people here just don’t know how to drive when the weather is anything but “normal”.

Wished our friends Jeff and Richard a farewell. They are moving to Atlanta. We’ll miss you guys more than you can ever imagine. Thank you for helping to break us out of our shells that much more! Love you guys, and wishing you the best on your new home in Atlanta!

Happy Halloween! (From left to right: Myself, Dwayne, Roy.) 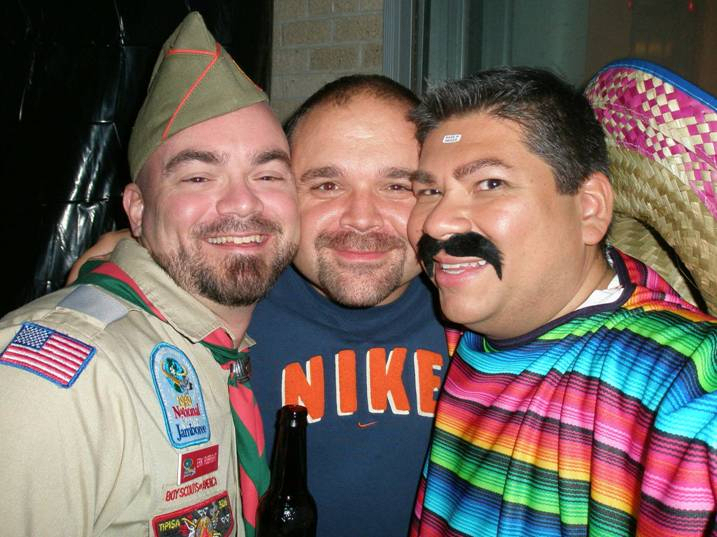 I don’t trust you now.
I had my doubts/concerns/suspicions for the last month.
Today you turned the suspicion into confirmation.
Maybe it’s my fault for not saying something.
Maybe it’s my fault for not asking sooner.
I’m not sure what hurts me more:
Knowing you thought you could work it out without telling me;
Or, you going to make sure it was no longer a fit.
What if you couldn’t? What if it still was?
I’m not sure where to go from here.
I no longer know where the road leads.
All I know is that I’m hurting on the inside.
And yet all I want to do is curl up next to you and hold you.
But at the same time I don’t want you to touch me.
I tried to give you everything you wanted.
Maybe that became the problem.
I want so bad to yell and scream, but I don’t.
Maybe I should, but I know I won’t. I can’t.
You were the one who was originally walled in.
But with time and trust that wall came down.
Know this—now it’s me building a wall.

Ever been uncertain about your future, even though you thought you knew where it was going up until that point of uncertainty?

Congratulations to my sister Susan and her husband Joe on the expecting of their first child, scheduled for delivery March 19, 2007.