Try not to blow it this year… 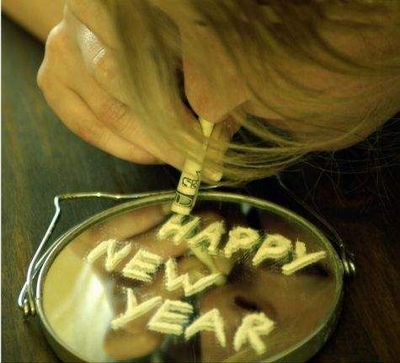 I wish you a little more wisdom; and for all of us: a chance to unfrack things in 2009. 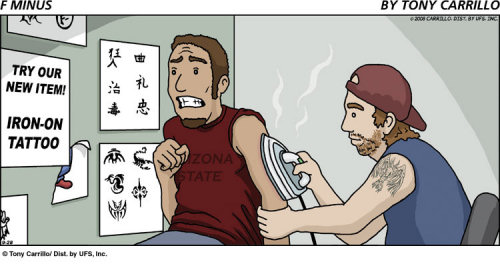 If it was ONLY that easy to give a tattoo….

A “thank you” to Alexander for sending me this (way back in October).

Some of you saw my tweet earlier today about the Husbear being involved in an accident. Thank you to those who tweeted back.

I just wanted to let everyone know that he is doing fine.

This was the Husbear’s first auto accident. Which is impressive to me. I’ve lost count of how many I’ve been involved in.

Apparently, the Husbear was passing (legally) a farm tractor and a car that was following it. As he passed the car, the driver of the car decided they needed to turn left at that moment and hit the truck.

The truck has what appears to be minimal damage to it thanks mostly to the passenger side nerf bar. The nerf bar is a little warped now but it is what saved the side of the truck from the brunt of the accident. The other car essentially did a rail-slide along it which spared most of the side of the truck from damage sans some scrapes in a few places and some damage to the front tire.

The other car appears to not have fared so well. Apparently they will be replacing the side panel above their front wheel well and entire headlight assembly.

First, happy whatever-it-is-you-call-this-holiday-time to you and those around you. 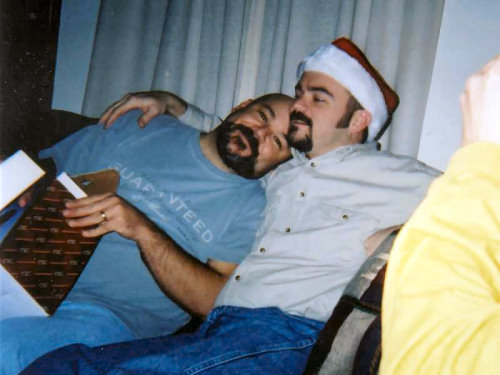 I originally started the below post on September 13 of this year but never published it.

I didn’t send a card or call either couple this year to acknowledge their “special” day.

I have been a little pissy the last few days. My apologies.

The Husbear and I have been together for over 11 years. Not once has anyone in my family acknowledged our being together as “a couple”, let alone our “anniversary”. One will occasionally inquire as to how the Husbear “is doing”, but it’s far from the norm.

Sure—we haven’t had a formal “tying the knot” ceremony. But one would think after any couple has been together for a decade, certain family members would at least acknowledge it.

There’s also a lack of coming to visit me (or us). I’ve lived in Arkansas since 1991. I’ve been visited by family members 3 times in the last 17 years that I’ve lived here—the last time being in 2003 for Xmas when my parents brought me a Bible with “don’t be gay or you’re going to hell” verses written on cards! Granted this is probably not a bad thing. No one really likes family hanging around, right?

What bothers me is I’m always asked “When are you coming down to visit?”. Why does it have to be me that makes the effort?

I’m dragging this draft out now because of this damned holiday (yes, I’m an Xmas hater…) and “happenings” similar to those mentioned above.

The Husbear and I received no holiday cards addressed to “us” from any of my immediate family members. No mention of him in any of them. Zip. Zero. Nada.

I know it hurts the Husbear when they exclude and ignore him. I can see it. And it has now started to anger me to the point that I do not want to have anything to do with my family!

I was purposely evil this holiday season and sent a card to my parent’s that had a HUGE “From the both of US” written on both the outside and inside of the card. (Trust me, it was hard to find one that fit my particular vein of evilness!) I’m betting the card did not go on public display for the rest of the family to see.

By the way, only one family member sent “us” a card—and he is a cousin who I really haven’t had much interaction with since we were little kids!

I know the “adult” thing would be for me to tell them my feelings and “how things are”. But thanks to their beliefs and organized religion I know where they stand—and they have said as much already.

Or do I just cut ties and wait for them to make the “first step” to mending the extremely eroded relationship?

The Husbear says I have to have contact with my family, and I know that.

I’m really not sure where to go from here….

I could use some of this… 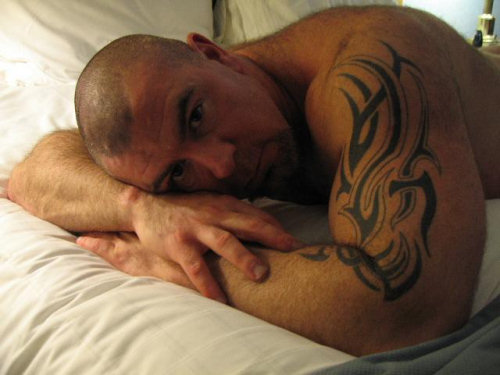 And I need to find a way to deal with some mood swings I’m having as of late.

I want to be some place warm. 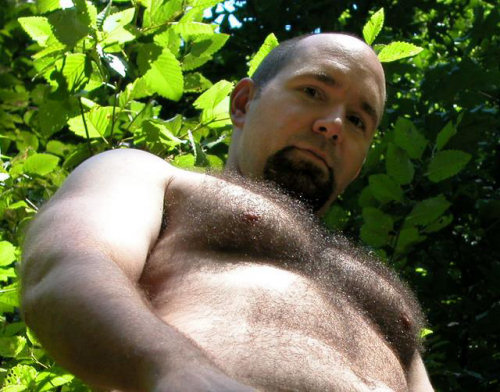