Because as of late I have been brain dead when it comes to writing anything blogworthy, in my last post I asked for questions from my readers. Here are answers to all of the questions I have received up to this point.

The first question comes from cb:
How do you feel about having sex with friends— especially if the friends are bloggers?
Up until a few years ago I saw no issue with having sex with friends. As I get older, many of my friends are more like family—which would make things a little weird for me. But that doesn’t mean I wouldn’t or haven’t. I do live in Arkansas after all!

A question from homer:
Which blogger would you like to design a tattoo for? And what would the tattoo be?
I would love to design a tattoo for every blogger I know! (This is me not singling any one blogger out.) Everyone should have at least one large tattoo! As for what it would be—that really depends on the individual’s tastes and wants.

Since you asked the question Homer, I think a pattern from one of the pottery pieces from one of your digs or a replica of an actual shard you found would be both an interesting and personal tattoo. And it would have a story.

Next we have a few questions from Urspo:
1. Friends – is there a lost friend you sorely miss?
I’m not sure what this says about me but I’d have to say “no” at this point in my life. I’m sure as I write this I will jinx things, but I have not lost anyone close to me in a permanent fashion. Sadly I know that will change as my years progress.

2. Sex – how often do you get some (I know this one is nosy; pardon. I am taking a survey as I no longer know what is the norm. please feel free to say ‘sorry, not this one’)
I’d have to say on average I “get some” 1.5 times a week. If the Husbear had his way it would be one or two times a day. Unfortunately for him, I’ve never had much of a sex drive at all. I can go months without sex. I know, I’m weird.

3. Music – do you have any interest in another culture’s music, such as say… the Japanese flute?
There are certain sounds that are specific to other cultures, but I really think music extends past cultural boundaries. There are some instruments from other cultures I find extremely interesting to listen to: bagpipes, the sitar, the Tubulum, the ukulele, the biwa, the banjo.

I also like the sound produced when you hit the support wires that hold up power/telephone poles.

4. Religion – rather, what spiritual practice do you have?
I used to “have” my parental unit’s religion because it was taught/forced upon me as a child by them, the church and the religious-run schools I attended. As I began questioning/discovering my sexuality I also began questioning the things I was taught about religion and God. All of which has left a bad taste in my mouth for anything with a hint of spiritualism to it.

5. Love – what works for you two? You both seem happy/well so what is the secret?
I don’t know if there is a secret. I think it’s been written about for years. For us it is both communication and trust. When we don’t have one or the other, things get difficult.

Questions from Terry:
1. Friends: How many true friends do you have? Example: How many would you pick up from jail at 2am?
I don’t know that I’ve ever thought to really count. I guess a true friend would be one who would pick *me* up from jail at 2 AM. But I would probably pick up anyone I knew from jail if they called. I’m just that kind of guy.

2. Sex: Are you a cuddler, munchie hungry or ‘off to sleep’ after sex?
Typically none of the above. I tend to be wide awake after sex.

3. Music: What music ‘speaks’ to your soul?
It varies depending on my mood. I’m very mood driven when it comes to music. There’s not much I don’t listen to, as those who have heard my “Super Shuffle” playlist would tell you.

4. Religion: Do you meditate in any form or fashion?
I don’t consciously meditate. I do tend to drift off from time to time in thought (or lack there of), which is probably the closest thing I do in the form of meditation.

5. Love: What is a deal breaker for you?
Physical abuse.

6. Blogging: Do you see blogging for a long time?
There was a time I did. These days I’m not so sure.

Question from rg:
5. Love – Do you remember your first boy/boy kiss and how it felt?
I’m assuming by kiss you mean something other than a brotherly peck on the cheek. Yes, I remember. But it was more man/man than boy/boy. It was also the moment I knew 100% that I was gay. Not because it was a kiss between two men. But because it internally answered a question for me that I had been beating myself up over for more than a decade.

Questions from Ben:
1. Friends – What is more important friends or money?
Friends are definitely more important than money. Both, however, are a necessity in the world we live in.

2. Sex – Given the chance, who would you] drop everything to have sex with?
I have a short list. In my head.

3. Music – What would your life be like in song?
I don’t know if this is what you meant, but I’d have to say Green Day’s “Jesus of Suburbia/City of the Damned/I Don’t Care/Dearly Beloved/Tales Of Another Broken Home”. All 9 minutes and 8 seconds of it. The mood, the theme and the feel. Give it a full listen.
[mejsaudio src=”http://erikrubright.com/media/tunes/MyLifeInSong.mp3″]

If I had to actually write a song that fit my life, it would more than likely never be performed at karaoke bars. Lots of percussion. Probably a few cannons fired here and there. Some outer space-y wah-wahs. A choral accompaniment chanting ominous tones in Latin. Something similar to the aural pleasure that would occur if John Williams composed while taking acid surrounded by projections of large, colorful, mutating Rorschach inkblots.

4. Religion – Is there something out there?
Religion (to me) implies a belief in a higher “power”. I won’t say there’s not “something” out there. I’d be close-minded to not think that there is the possibility that some entity of a higher intelligence exists out there. It’s a big frakin’ universe and we’re on just one little speck of dust in it. Now as for the beings that choose to believe those entities are “god” and devote their life to worshiping that entity, I am currently undecided on them.

5. Love – What is one thing you love more then anything?
My Husbear.

6. Blogging – What is next for the blog?
I wish I knew the answer to that. I never considered myself a “normal” blogger as compared to many of the blogs I follow. And I don’t feel that I’ve found whatever “it” is that I should feel the need to blog about.

It’s been over a year since I last did this so I guess it’s time. Especially since I have run out of things to say myself as of late.

Ask me a question about each or any of the following categories (or anything else) and when enough questions have been submitted I will post an answer to what I consider to be the best question from each category:

I am undecided if I will answer the questions in the comments section or just do a post for each. I guess that depends on what and if any questions get asked.

I feel like I’ve been behind on a lot lately, which is odd considering I now have more time and energy to do things. I haven’t been blogging. I haven’t even been reading the blogs on my blogroll. (I’m sorry guys!) Hell, my tweets have even been in decline. 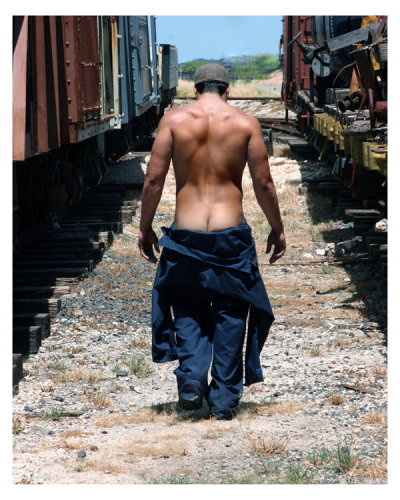 I’ll get it figured out eventually.

It has been a wonderful 12 years together with you. We have raised three beautiful children together. We have started several successful businesses together and you have given me the confidence to step out and work outside of corporate America. We have purchased a house together and made it our home.

And then there is waking up next to you every morning. And having you beside me as we go to sleep at night.

After all these years, I’m still in love with you.


Still In Love With You, by Big Bad Voodoo Daddy 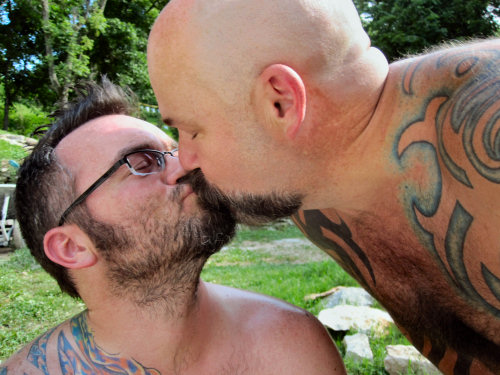