Although it would be nice to have the “Yard Crashers” crew come do something with our yard.

This is what I spend Monday doing. Or building, actually.

This is the pergola over the side door. It’s the first of four large pergolas that will be built. The other three will over the back porch at different heights.

When completed, they will all be covered with clear (or smoked) corrugated plastic roof panels so we can use the outdoor space during rainy weather, and we collect rainwater runoff for the ponds and flowerbeds in the yard.

I was watching normal television for a change. I say “normal” because I usually only watch stuff online or that I’ve made “backups” of on my computer from DVDs that I’ve, uh, purchased.

Anyway, back to my train of thought. A commercial came on for the T-Mobile MyTouch 3G with Jesse James in it. 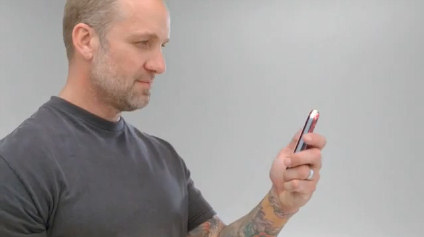 Youtube video of the commercial here. And there’s a “better” video of just him here on the T-Mobile website.]

Jesse reminds me of this guy, or visa versa: 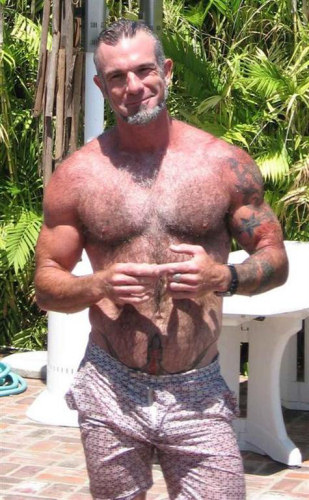 Not sure why I posted this, other than they both catch my eye.

And now you know.

I was taking my shower this morning and had a thought: What’s in your shower?

I’m probably going to lose whatever points I had left with this admission: All I have is a bar of Dove soap and a bottle of Pert shampoo.

The Husbear HATES that I refuse to use something other than the Pert shampoo. Especially since we own a salon together. He actually covers up the shampoo bottle in the shopping cart in case we run into clients.

So, from the ingredients I mentioned, I obviously don’t have any meticulous shower habits. What about you?

Stolen from YvesPaul at Melodramatic Diary of a Cynic. The questions have been sitting in my drafts folder since July. Just in case I needed something to do?

1. What was your FIRST job?
By “job” I’m assuming we’re talking one that earned a paycheck? Which for me would be working for my father at his nursery. (The website is just hideous. Frames? Ack!) Working in the nursery was not my cup of tea. I am *so* not the working outside kind of person.

2. What was your FIRST car?
That was in my name? It was my 1991 Honda CRX Hf. Rio Red. It’s still sitting in my car-park, actually. It needs new windows after a hailstorm destroyed all six. I just haven’t gotten around to it yet. After all, every Arkansas home needs at least one car in the car-park that’s not functional.

3. Do you still talk to your FIRST love?
Love. That’s difficult. A one-way love would be stalking, right?

4. What was your FIRST alcoholic drink?
Hell if I remember. I think I may have once tried one of my father’s beer when I was a kid. If not that, I I know I had a few beverages when I was a counselor at Boy Scout camp during the summer.

5. Who was the FIRST person to text you today?
My Husbear.

6. Who is the FIRST person you thought of this morning?
My Husbear.

7. Who was your FIRST grade teacher?
I don’t remember anymore. I still remember my kindergarten teacher though.

8. Where did you go on your FIRST ride in an airplane?
I don’t remember. My parents would take us on vacations every year so we were always going here and there, either by car or by airplane.

9. Who was your FIRST best friend & do you still talk?
Chris Nape. The only neighbor we had when were we lived was still in the sticks. And no.

10. Where was your FIRST sleep over?
Probably Chris’ house. (See above.)

11. Who was the FIRST person you talked to today?
Define “talked”: verbally? Nathan, one of my old co-workers from the OGRE.

12. What was the FIRST thing you did this morning?
Pulled the covers back over my head and wished I had a remote control to turn the fan off.

13. FIRST tattoo?
An eagle, on my back. It’s mostly faded and disappeared now. Which I’m okay with.

14. FIRST piercing?
I was going to say “ear”, but I actually think I had one of my nipples pierced first.

15. FIRST foreign country you’ve gone to?
None. I’ve never been to another country yet. I’ve only been out in International waters.

17. When was your FIRST detention?
I don’t know that I ever had detention. I went to schools that still allowed paddling. Which looking back, I’m still entirely okay with to this day.

18. Who was your FIRST roommate?
Chad. From De Queen, Arkansas. Freshman year. College. I always wondered if he would end up being a serial killer.

19. If you had one wish?
I’d wish for unlimited non-used wishes that I could use without all the normal legal mumbo-jumbo that seems to go along with the wishes.

20. What is something you would learn if you had the chance?
How to play the banjo. I hear you snickering.

21. Did you marry the FIRST person who asked for your hand in marriage?
Gay “marriage” is still not legal, so I guess no would be the answer at this point.

22. What was the FIRST sport that you were involved in?
Organized? Besides Physical Education in school? I think it was soccer. In 5th grade. I think I was a midfielder.

23. What were the FIRST lessons you ever took?
Clarinet. Not my choice. Kill me. Bassoon or bagpipes would have been so much cooler.

24. What is the FIRST thing you do when you get home?
Walk in the door, and hang my keys on the rack.

25. Who do you think will be the next person to post this?
As old is this meme is, and as much as we all love the memes, probably no one.

The Husbear has mostly recovered from his bout with the flu. I am finally starting to feel a lot more mobile. Hard to imagine one could get tired of lying on the couch, but I’m pretty darn past that point.

I wonder if this guy makes house calls? I bet he could make me feel better. 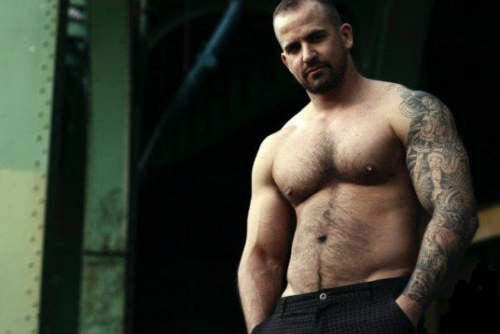 I have no idea what to even do at a gym to think about looking like that!

But back to what I was writing about….

This is the first time I’ve been seriously sick since I left the employ of Wal-Mart. And the first time I’ve had to pay for medications that weren’t covered by health insurance in some part. Holy crap! Non-insured medical and pharmaceutical costs are horrific. $65 for one office visit (discounted because I paid cash), $120 for the Husbear’s medications, and $165 for my medications. I’d hate to think how empty our wallet would if something serious happened! Or how maybe we’d be refused medical care because of that.

It’s not that we haven’t looked for health insurance that covers visits and medications. It exists. But not at what I would consider any “reasonable” price. It seems you have two choices: either pay “low” premiums for what I would call “disaster coverage” that covers only catastrophic situations, or pay extremely high premiums to cover regular visits and medications. And don’t even get me started on dental or vision. No wonder so many people in this country don’t have health insurance! At least the self-employed people. Or people who work for small businesses that cannot afford a group health plan to offer their 10 employees.

I know all insurances are really just a gamble, but the older we get the better our odds are that we will need it. Any suggestions from any readers out there? Is anyone who my blog self-employed and have decent health coverage?

Quote Of The Day – John Marcotte

“People who supported Prop 8 weren’t trying to take rights away from gays, they just wanted to protect traditional marriage. That’s why I’m confident that they will support this initiative, even though this time it will be their rights that are diminished. To not support it would be hypocritical. We’re also going to collect signatures in front of “Faces,” the largest gay nightclub in Sacramento.” – John Marcotte, author the 2010 Protection of Marriage Act, which would ban divorce in California.

You’ve got to check out their great site. “You said ’til death do us part.’ You’re not dead yet.”

I’ve blogged about this before and think this needs to happen. After all, if Britney can get a quickie marriage and then a quicker divorce, why can’t I? Unless, of course, all of the New Testament Bible isn’t really what you’re following….