I love the tuft of gray over his sternum. 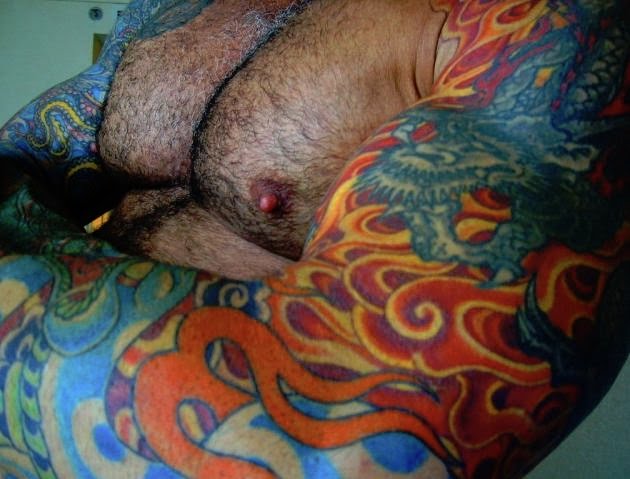 … and old toys and plastic forks and other bits of stuffs. 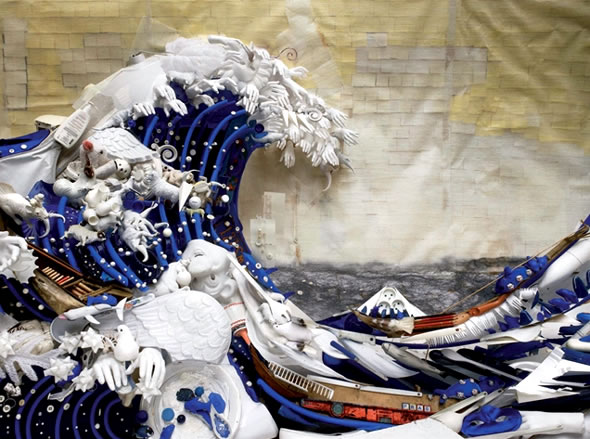 I love Katsushika Hokusai’s The Great Wave off Kanagawa. And this rendition by Bernard Pras is incredible.

I have the same counter top in my studio. 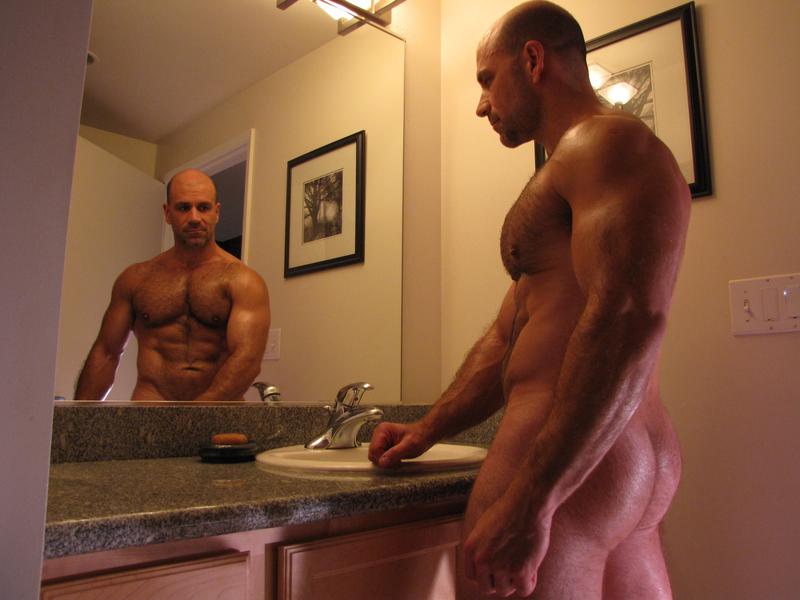 He could top me on the counter in my studio.

I have no idea. At least the sunglasses stopped him from getting “it” in his eyes. Whatever “it” is. 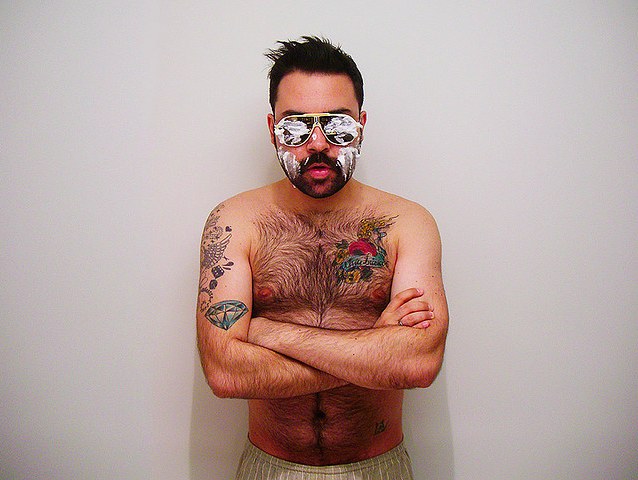 Seriously. I have absolutely no idea what is going on in this picture. 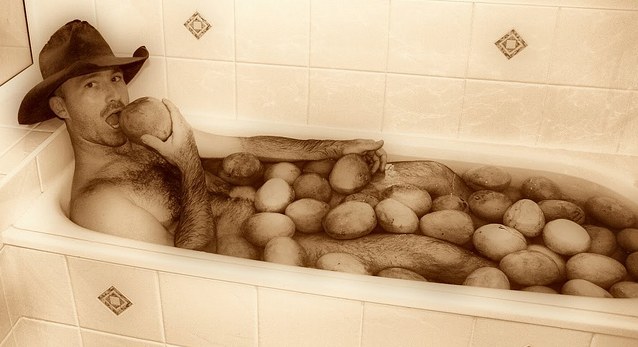 How weird it is that here, in podunk Arkansas, the Blue Man Group spent about a month getting ready for their Fall 2010 U.S. National Tour. The Husbear and I got tickets to see their final performance here in Fayetteville on Saturday night. 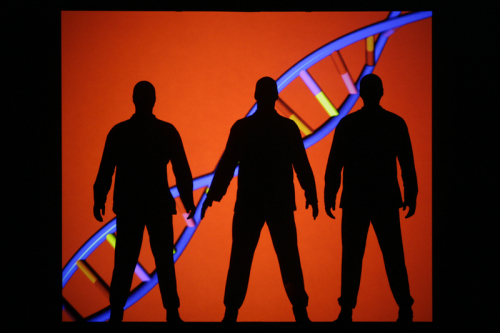 I say “good”, but it was actually a great show. And what I expect to see when I see the Blue Man Group.

But it wasn’t a new show, which is what I was hoping for. Sadly, there was very little new content. It was mostly a mashup of old content that can be seen at any of their currently playing shows in the likes of Orlando, Las Vegas, Chicago, etc., and from their “How to Be a Megastar” concert tour, which I highly recommend seeing on DVD.

There were two memorable new(er) pieces: the GiPad routine, and the Bootyshaker. The GiPad routine was actually a new twist on a shtick they had already done. They performed a bit of it on Regis and Kelley at the end of July:

The Bootyshaker was an extremely interesting and entertaining finale. Lots of crowd participation, and so many new words for my posterior that I had never even heard of. Plus ginormous balls were involved! That pulsated. And were bounced around the auditorium.

I recommend you go see the Blue Man Group if they happen to be in your neck of the woods. You’ll have a good time. Even if you’ve seen them before, go see them again.

I sound like a really bad commercial now, don’t I?