I come home tonight to find this has happened to my blog: 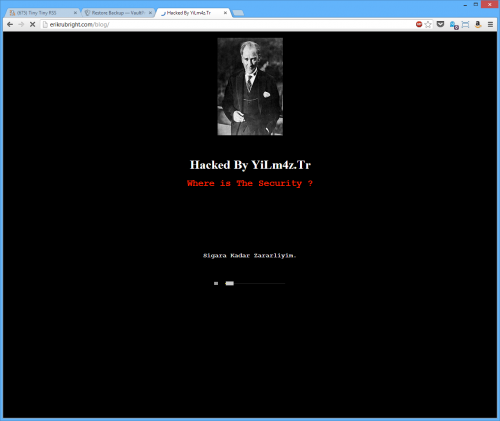 Lucky it didn’t appear to be to serious. Or so I hope. Someone had managed to replace my theme widgets with something that overwrote my header and made it display that mess.

I changed the both the wordpress database, wordpress login, and FTP passwords to even more complex password than I used before. Here’s hoping that’s all it was. Which in itself is worrisome.

And apparently the fucker(s) who did it has been busy. Just Google for “hacked by yilm4z.tr” and look at all the sites that come up.

According to the log files I keep, options were updated in my database at around 6:46pm. Luckily, I was able to unmodify what was changed.

So if any of you came to my blog around that time or later, you would have seen that mess.

This has not been my week. 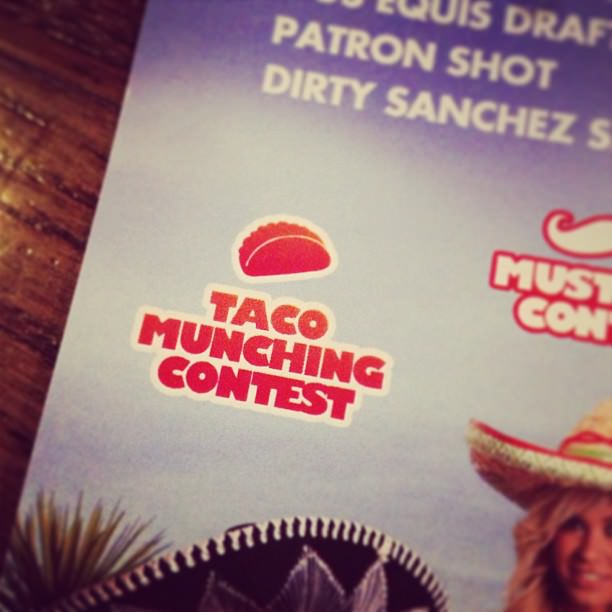 Sunday, MAG had to leave to prepare for his week at work, and the Husbear had to leave to take the housemate Interloper home so he could get to work. Which left The Beveraging Four.

We has a nice relaxing afternoon and evening. Sitting around the campfire and talking in between moments of staring at the fire as it did it’s ethereal dance.

Monday morning came, and we broke camp sometime around 10 and began the drive home.

I had a great time. The first time I had been camping in twenty years. I am looking forward to our next camping trip!

I leave you with a random assortment of pictures I had taken.

I had to terminate one the artists at my studio yesterday.

It’s not that he was a bad guy. He’s a good person. And it’s not that he does bad artwork. Well, most of the time. He’s been slipping a little lately though. Which can be a problem in itself.

The biggest reason was because of the impression he left with clients when they walked in the door.

First impression is everything, even in a tattoo studio.

I’ve spent years cultivating a friendly, clean, and safe environment catering to clients who would normally not walk into a tattoo shop. And that was getting skewed.

When I first hired him I had some complaints that he was a little course and rough around the edges with some of the customers. I said something to him about it on several occasions, and he seemed to get better with it.

But over time I started getting more and more complaints. Lately it had gotten to the point where I felt like I was doing damage control more than I was doing anything else.

After dwelling on what to do for over a week, I decided I had to let him go.

Because people more than likely won’t remember his name. What they will remember is the experience they had at my studio, whether good or bad. And it’s my studio image and name that I have to protect.

Sometimes I really do hate being “the boss”. 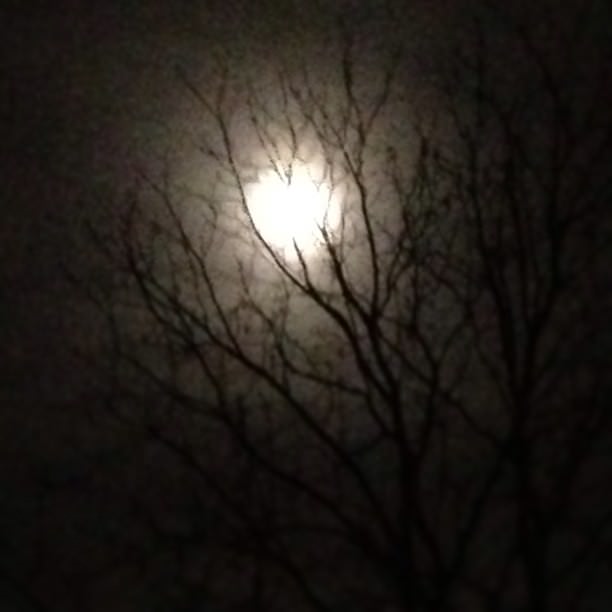 Saturday morning we got up and had breakfast. Then it was time for a hike that MAG had roughly sketched out on the good old topo map. Dwayne stayed behind in camp and watched our stuff, while the rest of us journeyed over the river and through the woods. Quite literally in this case.

And then it was time to cross the river. No bridge. No jumping from rock to rock. Just plain old wading across. Which went quite well for MAG, the housemate Interloper, and the Husbear. But GypsyBiscuit, Mike, and I were a little stubborn and looking for a different route. Which ended… with wetness.

Since we were wet, we dried in the sun and had a little lunch.

And then it was back on to hiking.

Along the hike, we came across the great Wall. In the middle of the collective no-where. Seriously. And there just wasn’t one wall. There were several. Someone or someones at some point in the past took a lot of time and effort to build these mammoth walls in the middle of no-where. For what reason?

First, here’s a video I took:

So far, we have yet to find any information about them. These are along Hart Creek. And we think possibly they had something to do with the settlement of Anna that is no longer near there. But other than that, we have nothing.

And then as mysteriously as it started, the wall just stopped. Hopefully we’ll be able to find out a little more information about it.

We made it back to the river. To cross back over.

Then back to the camp we headed. Where I saw this.

Which was incredibly funny, because the entire weekend I had been humming the theme to “Jurassic Park”. Much to the annoyance of everyone around me, I’m sure. 😉

We had a great dinner and remainder of the evening around the campfire.

Late that night, there were moments of stupid from another set of campers that involved alcohol and guns which had us on edge until the situation was diffused. Thank you MAG for taking care of us!