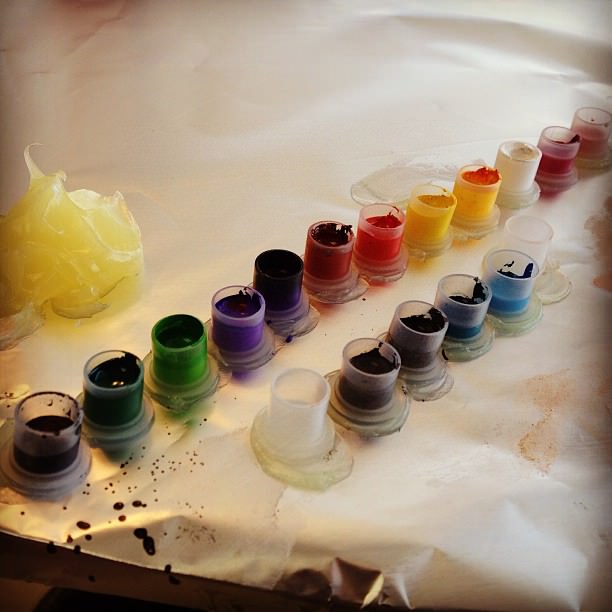 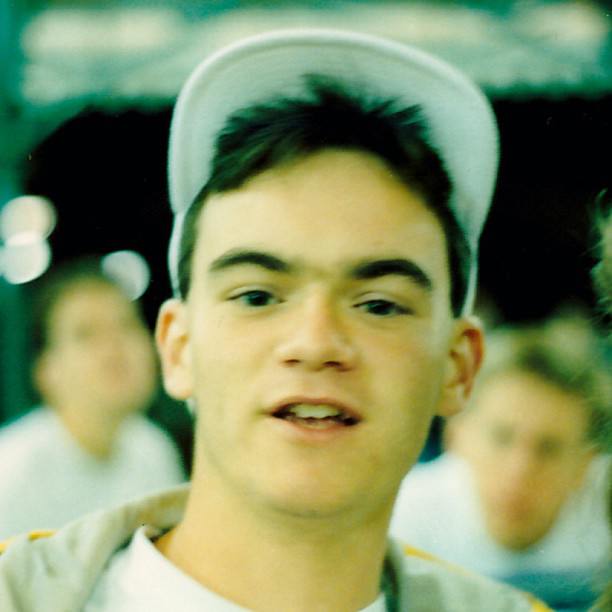 The 12 of 12 challenge was created by Chad Darnell and picked up from a number of random bloggers who then linked back to him and vice versa. Chad stopped doing the 12 of 12 links in December of 2011, but has now passed the torch on to Janet Hughes. I’m linking with her, but I’m also giving a shout out to to Blobby’s Blog as Blobby is the one who inspired me to do it.

All pictures were taken by me with my iPhone 4S.

And I’m publishing this from the studio tonight, as it’s 11:30 PM, and I still have to finish some artwork for the next few days. If I don’t hit “Publish” now, it’s not going to happen on the 12th.

The wonderful J.P. of Life Is Such A Sweet Insanity asked me a question on a recent post. I was going to reply directly to that comment, but once I made it to the third paragraph, I decided I might as well make it a post. Because it’s my time capsule diary thingy after all.

Ok, I’m going to ask you for your honest opinion on Windows 8 because I totally respect the geek side of you. There are many things about Windows 8 that I like, like the whole integration with mobile/social networks/etc thing, but I would love to hear your opinion on Windows 8 vs previous incarnations. And I promise I won’t Macboy flame ON on you.

I should preface this and say I very rarely used either Windows Vista or Windows 7. Windows XP is my beast. One I had tamed. Seriously. After creating, distributing, and supporting roughly over 200,000 workstations in a global environment, one gets to know an OS intimately. I’m not sure which one of us fucked the other the most. Crass, yes. But you probably get the point.

Most machines I purchased that had either newer OS pre-installed I rolled back to WinXP Pro. (I still maintain seven WinXP computers at the studio and salon.) So the only time I had to deal with them was when someone else had a PC with it installed on that I had to use/support. I definitely was not a fan of Vista at all. It was like Windows Millennium all over again. And Windows 7 feels… clunky. The Husbear’s computer is a Windows 7 machine. But all I really have done with it was install antivirus/antimalware software, his computer games, and pointed his personal folders to a network share. And clean up the occasional mess he seems to create on it somehow.

So where to start?

I recently purchased a new computer to use as my primary computer at home. Not the most powerful machine. I bought it off the shelf at the OGRE, for some gods sake. I won’t say I’m losing my tech edge. I was just never much of a hardware guy. Add to that that I’ve gotten to a point in my life where I want things to just work. Most of the time.

And that attitude reflects how I approached using the particular OS that came on this machine: as a “regular” user and not a geek. Which was a feat in and of itself for me to do.

I spend most of my time in/on the Desktop (which for the life of me I don’t know if it’s considered an app or not in Win8). The biggest reason I’m continually in the Desktop is because it’s what I’m used to. It’s what Microsoft has consistently had as part of it’s OSes since what, Windows 95/NT4? And it’s where a lot of the programs I use still reside, as they aren’t true Windows 8 “apps”.

“Apps” are now different than “programs”. Or are at least considered different in the OS and how they run. I feel like Microsoft is trying to move in a similar fashion as to how iOS functions on mobile devices: where the apps run “full screen”. Which I loathe on a desktop. I’m a multitasker on a 24″ monitor. Making my mail app full screen on a 24″ monitor is a little… wasteful. And unproductive.

And then there’s the loss of the Start button. Microsoft says it expanded the Start button by turning it into a full-screen launching pad for programs/apps. I loathe it. Loathe! Instead of one click and hover to what I want to start, I have to jump through more hoops. Many more. So many clicks. Which means I’m less productive because it takes longer to start a program/app.

I despise what used to be called Metro: the new touch screen interface that is invasive in Windows 8. I understand the need for it on touchscreen devices. Kind of. But on a desktop machine? No. Make it optional if you don’t detect touch hardware, not mandatory.

I mentally understand what Microsoft is attempting to do with Windows 8, but I think the implementation of it was done in a poor manner and breaks usability rules. There is too much “flat” in most of the new areas, i.e., the Start screen and most of the Windows 8 apps. To the point of I don’t always know where to click to do something. How crazy is that?

It looks like some of these “features” they have modified back to a more usable state in the upcoming Windows 8.1 from what I have read and seen. Hopefully.

Whether or not I continue to use Windows OSes is a different story.

I’d like to move three of the four above mentioned activities to a purely handheld environment. The Husbear and I have an original iPad, but I don’t like using it. Actually, I detest it. It’s to large to be a handheld device for me. It doesn’t feel “right” in my hands. I’ve played with an iPad mini and I think that’s the form factor I would use the most. But that’ll take some budget changes before I get one.

As for the file management activities, I’ll still have to figure out. I’m envisioning some sort of home server that I can do all of those activities on remotely via a handheld device.

I don’t know if that answered your question, J.P. But that’s the extent of how much I have used Windows 8 to this point.

1988. In a land far far far away. #throwbackthursday 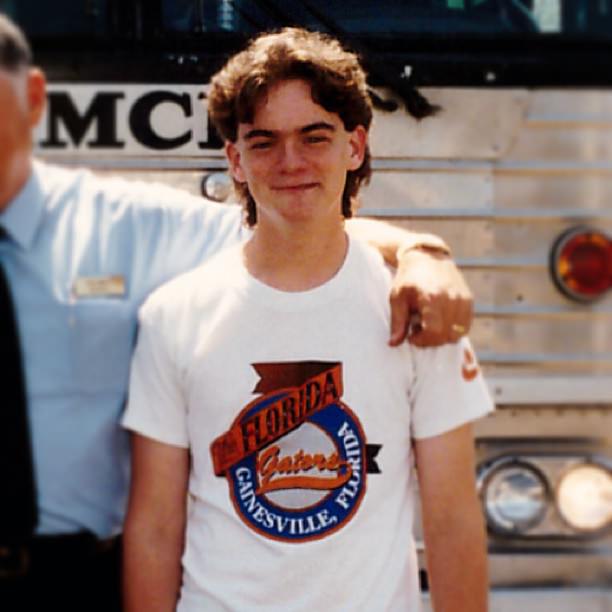 I have no idea who the spokesperson is in the Ball Park Franks commercial, but he’s hot. The beard. The suit. And the way he puts that weenie in his mouth….

Update: He is Lucas Caleb Rooney. And he definitely looks better with the beard.