Does anyone else… “leak”? 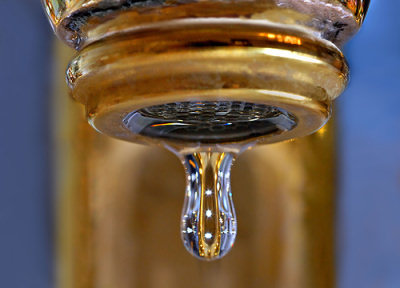 When I was a young pup, I wet the bed. All the time. This led to awkward social situations as a kid. Like being too embarrassed to spend the night at a friend’s house. Or peeing in my sleeping bag on camping trips in Scouts. All good times, let me tell you.

My parents were obviously concerned. So there was all the poking and prodding done by the doctors to attempt to figure out why. That was fun. I remember once being injected with a dye and having to stand in front of an X-ray type machine and as I was urinating they were taking X-rays. Then there was all sorts of medication that was taken in an attempt to stop the problem. Nothing worked.

The last thing that was attempted was some sort of device that was based on Pavlov’s bell-ringing-and-dogs-salivating experiments. Except in this case it was an electronic buzzer that was wired to my underwear. When moisture was detected, a LOUD buzzer activated and woke me from my slumber.

Which was apparently the problem! I was in such a deep sleep that I didn’t know to wake up when I needed to urinate. I still remember vividly to this day the first time the buzzer went off. I woke up screaming not knowing what the hell was happening, all the while wetting myself—both because that was “the routine” and because I was scared as hell. That wasn’t traumatic, was it?

After a few months of this twisted, evil version of an alarm clock, I was “reprogrammed” to wake up right as I was starting to pee. Which was an improvement. But I still “leaked” a little.

Which I still do to this day. Which is both annoying and a problem. After I “give it a shake” (or five) I still continue to drip a little after that. Not constantly, but just a little. Enough to be annoying. I sure as hell don’t want to go to a urologist for more poking and prodding like I experienced as a youth. But getting older, something tells me that I should before things get worse?