Don’t ask me why I was thinking about this today, but I was. Probably because I’m slightly morbid. That, and I tend to dwell on stuff like this.

But I am surprised that Apple doesn’t have an option to include an ICE number on the iPhone’s Emergency Call screen. 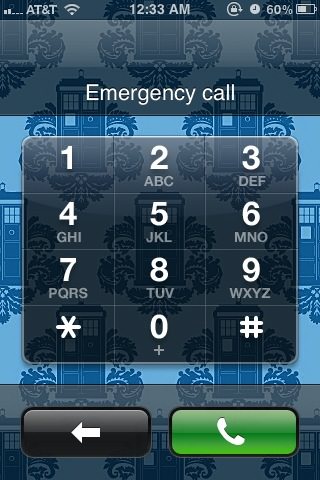 Considering most “sane” people set a PIN/passcode to lock their iPhone, no responder would be able to access your contact information. So if you’ve labeled someone in your contacts with ICE, the responder is never going to see it.

If you search in the App Store, there are a bunch of apps that let you input your ICE information. But again, they don’t really do any good if you iPhone is locked.

Some of these apps give you the ability to output your information in the form of a picture that you can set as your wallpaper on your lock screen. Lame. But in reality it’s really the only solution at present. Short of not locking your phone.

Why has this ability not been added? After all, it’s been 4 years since Apple first released the iPhone, and we’re up to iOS 5. Has this request not ever been suggested? Hey Apple Inc., how about making the ICE button an option? It seems like this would be a little something that would make a lot of emergency responders (and the people they’re responding too) lives a lot easier.

Or I could just carry a card in my wallet with that information on it.