I was made aware by Mr. Reaser that the iPhone photo I took of myself a while back made it onto the Manhunt Daily blog today website [NSFW].

They have a poll going over who has the best tattoos. Which, I think is oddly ironic considering it’s what I do for a living. I wouldn’t say I have the best tattoos on the planet, but I do love the tattoos I have so far.

I’ve refrained from commenting on the blog so far, but it’s nice to know my wedding band is a turn off, and I’m apparently “the least douchey”… which still implies I’m a douche. For my choice in phone technology, no less. 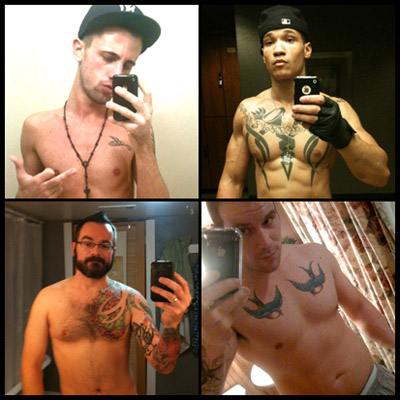 I am actually curious what other ink Mr. “D” has on his arm. It’s sadly blocked by his forearm, but I see just a hint of it.