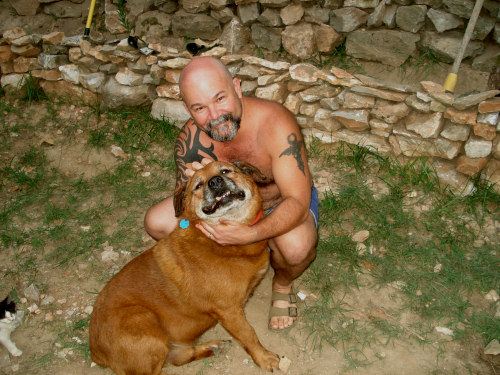 Griz was laying there when we found him this morning like he was asleep. Which I guess is the way we wish we could all go when it’s our time to begin the next stage of the circle of life.

For the last week or so we knew his time left with us was short. He wouldn’t eat much. He’d just sleep, or lay around and watch us. We’d go sit with him, pet him, and talk with him when we could.

I have to confess that a few nights ago I sat with him and cried for a while because I knew he wouldn’t be with us much longer.

We went to the shelter looking for a puppy on February 02, 2004. There were quite a few puppies to be had, but there was one large adult dog who looked very… sad. I helped talk the Husbear into adopting him. I told him that people would adopt puppies, but no one would probably adopt an adult dog. So we rescued him from the shelter.

We found out during the adoption process that he was scheduled to be put to sleep that week if no one adopted him because he had been there several months already.

The vet thought he was about six years old when we rescued him. That would put Griz around 12 years old or so when he died. We feel proud to have given him both a second chance and hopefully a great life. 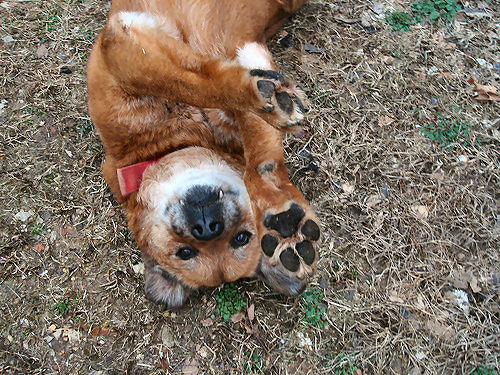 Griz,
You were a great dog. You will be missed.
Love,
Your daddies.

17 thoughts on “Remembering Griz: You were a great dog.”