Yeah, I know the post title is pretty damned inconsiderate of me. Deal with it.

Today’s high was supposed to be 102 degrees. And someone left a baby in the car today here in Bentonville.

This occurred at the place I used to work, which I commonly called the OGRE. So more than likely I know this person. I wonder if he was overworked? (A definite “yes”.) Or maybe late for an early meeting or conference call? I’m sure he was distracted.

But that’s still no excuse.

The Bentonville Police Department is currently investigating the death of a 14-month-old girl who was left in a hot car.
…
Preliminary investigation revealed that the child was left locked in the father’s vehicle at his workplace, the David Glass Technology Center, which is located across the street from the day care.

The outside temperature at the time of the report was 99 degrees, police said.

The child was enrolled at the day care, and it is further believed that the father failed to drop the child off prior to parking his vehicle at his workplace, police said.

I feel sad for what’s left of the family, but the whole incident pisses me off.

I had a whole big blog post going on in my head, but a comment over on Facebook by my buddy Sandy pretty much sums up all that I was thinking:

And people in Arkansas (cf. AR Act One) had the nerve to tell me that, as a gay man, I have no right raise a child? I am a gay father, bringing up a wonderful kid in a loving and caring environment that would never include baking him in a car. And yet I’m made to feel subpar. And this criminal, likely straight, harms his child in a negligent manner that anyone, gay or straight, with any common sense would know not to do? Sometimes I feel guilty when I am ashamed to call Arkansas home. Not this time.

The Husbear and I have raised three wonderful children who are now young adults. But yet, by law, we’re not allowed to have or raise our children.

(See, I can pick and choose Bible verses too!)

Maybe it’s time “the majority” quits legislating what one group can do when they can’t even do it properly themselves.

Maybe “they” are afraid they might be shown up as inferior parents?

And people wonder why I’m all angry on the inside.

Addendum:
From the comments I’ve received here and on Facebook, I think people are misunderstanding my point.

I’m not saying that as a gay parent I’m perfect. However, with this law on the book, we’ll never know that now for many people.

While I feel sad for the family in question, the whole point is that crap like this happens all the time, to everyone, REGARDLESS of orientation. We’re all humans.

I do know the person in question. He was not a bad man, and was a good father from the interactions I had with him.

The main arguments used to promote and sell Act One to the general population was that unwed and gay people make bad parents. Therein lies my anger and frustration in situations like this. Why legislate discrimination against one group of persons when no one can “get it right” to begin with? 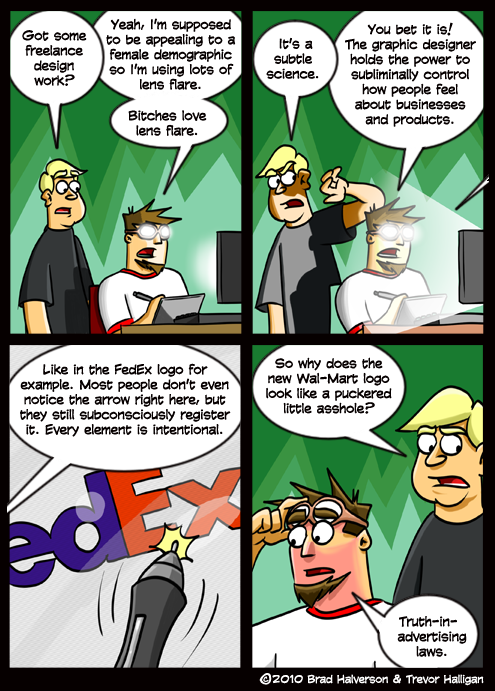 A-Fucking-Men. I always thought the new logo looked like a jaundiced asshole. But what do I know.

I have heard from several unrelated sources that there will be more layoffs at the Wal-Mart Home Office this coming week.

Hopefully this is all rumor, but I’m not holding my breath.

I just hope none of the peeps I used to work with or the peeps I care about who are still at the OGRE at this time will be affected. I hope. 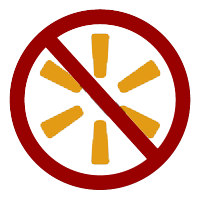 It’s been an interesting couple of weeks to put it mildly: my 36th birthday; leaving my job at the OGRE to become a full-time tattoo artist; and, my Husbear and I will be celebrating our 12 year anniversary on July 1.

I wanted to say thank you to all of you who commented on my last post. I was/am extremely nervous about leaving a “safe” job (i.e., a steady paycheck) and it helped to hear from others encouraging me to do what will make me happy.

Thank you again, to all my readers, for your words of support and encouragement.

Now to figure out what to write about in the future….

Last time on “Star Trek: The Next Generation”… 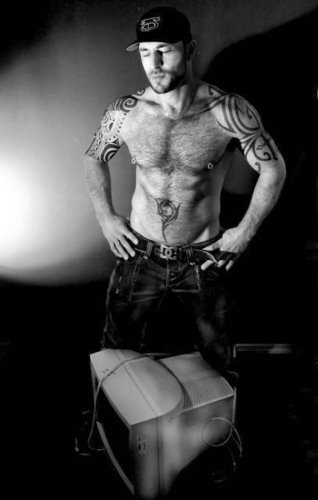 … And now the conclusion.

(My apologies. That was the ST:TNG geek in me.)

A little over a month ago in the blog post “All Good Things” I alluded to some upcoming changes in my life.

It is time for those changes.

Today, June 19, I will be handing my manager at what I refer to as the “OGRE” and the “Great Retail Empire” the following letter:

To whom it may concern,

Please accept this letter as my formal notice of resignation from Wal-Mart Stores, Inc., effective on July 03, 2009. I have enjoyed my employment here and appreciate all I have learned.

I hope that this two-week notice is sufficient for you to find a replacement for me. If I can help to train my replacement or tie up any loose ends in the next two weeks, please let me know.

Thank you very much for the opportunity to work here.

Simple letter. And totally stolen from the Internet. Why reinvent the wheel?

I’m sure some of you are cheering already. I know the disdain many have for Wal-Mart.

Even though the retail sector signed my paycheck every two weeks, I worked in IT at the Homeoffice supporting roughly 200,000 Windows workstations globally. I experienced many technical opportunities that I would not have had working any where else in the world. It truly is a unique environment (much to the disdain of many of us who worked there, and to many of those who we called on as vendors) and helped shape the technical knowledge I now have under my belt. A knowledge I feel I am now mostly abandoning.

Instead of the 45 hours per week I spend at Wal-Mart and the 12 hours or so I had been able to squeeze in at my tattoo studio, I will now be devoting all those hours to improving my skills as a tattoo artist and growing my own business.

A total of 13 years Wal-Mart has been a part of my life. Almost one-third of my life. This is the second time I will have left the employ of Wal-Mart Stores, Inc. I was with the company five years previously and left in 1999 to help my Husbear start the salon we still own. It has been eight years this time.

I should be excited, but I am scared as hell. I’m a worrier and a creature of habit, and those “habits” are now changing. No more safety net of a steady salary. No paid vacation or sick time. No health insurance (until I can find replacement coverage being self-employed). But these are chances I—with my Husbear’s backing and support—am going to have to, and now willing to, take.

I am well aware some people think I am crazy for leaving the security of any steady job in these difficult economic times. It does seem contrary in light of so many people having lost or losing their jobs and unable to find work. But I have to do it. For myself.

So to all the associates and vendors that I have worked so closely with over the years: thank you for putting up with me along the journey, which I know has been a chore at times. And hopefully I’ll see you in my shop one day….

And to my supportive Husbear: thank you, and I love you.

My apologies for the paucity of posts as of late. Some things have kept me preoccupied of which I can’t blog about. Yet.

I happened upon this quote lately. It struck home and continues to come to the focus of my thoughts. 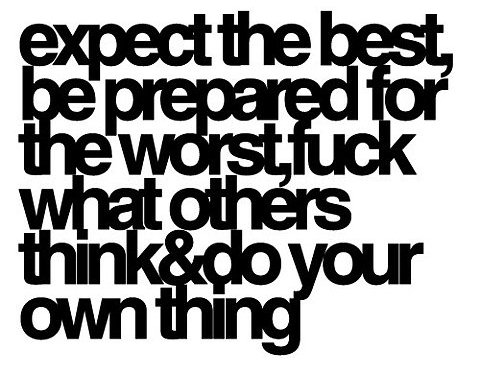 Some major changes are coming. Soon.

Until I can further discuss, I leave you with this image that I found somewhat… applicable.