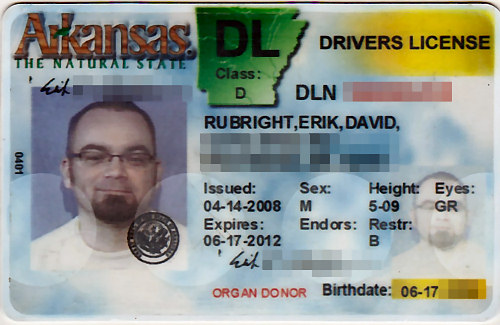 I’ve heard all sorts of variations of pronouncing it, but it is properly pronounced “roo-brahyt”. “Roo” as in kanga, and “brahyt” as in, well, bright. I’ve also heard several off-collar ones as well, like “Rub-me-right” and “Rub-right” and “Rub-me-wrong”. You get the idea. The fun of growing up with a surname like that has always been… interesting. 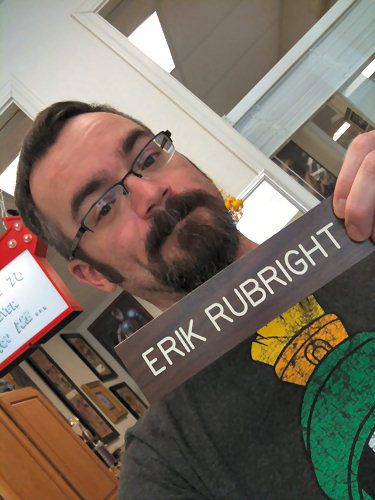 My old name plaque from the OGRE. I kept it.

Rubright is one of several Americanized spellings for the original German of “Rubrecht” or “Ruprecht”. I’ve also seen it spelled as “Rhubright” and “RuBright”.

My father’s mother was big into genealogy. I went on several research trips with her to libraries scouring microfiche when I was younger. I don’t know how far back she got with her research, or what even happened to all that information after she died. I’m assuming one of her children ended up with it. But I could be wrong.

Not that I particularly care, as horrible as that sounds. It’s just a name. I am way more curious about my medical background than I am my surname’s history, of which I know absolutely nothing of.

There you have it, and now you know.

But I still pretty much answer to anything though.

8 thoughts on “The Proper Pronounciation of a Certain Surname…”