Now that politicians can be bought and sold by corporations with no limit thanks to the new ruling by SCOTUS, corporations with virtually unlimited pockets like Wal-mart Stores, Inc. will now own the government. 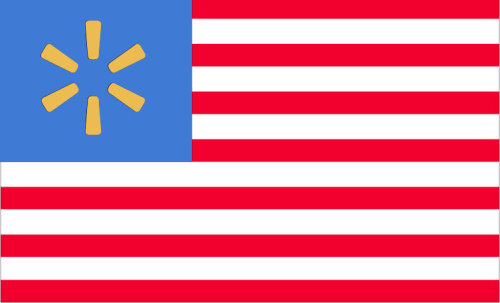 I FULLY expect corporations like Wal-mart Stores, Inc. to now pressure their associates into voting for politicians they want elected more directly than they did before. And yes, they do that. I can’t tell you how many emails I received while working for the company that asked us to express our vote for this or that candidate.

Will deep-pocketed Exxon and Wal-Mart buy the next Electoral College to elect the President?

No, I’m not cynical.

4 thoughts on “United States of Walmart?”