Someone in my past has continued to pop into my stream of consciousness over and over for the last few days. Someone I haven’t seen or spoken with in almost 15 years.

I’m not sure why this particular person has been popping into my brain as of late. But they have been. So I reached out to the Internet and quite easily*2 managed to track this person down in a minimal number of mouse clicks.

*2 You may—or may NOT?—be surprised how easily one can find all sorts of information about someone on the Internet. Especially when, oh, say, someone has been trained in this….

At this point, my intent in contacting him was just a simple “Hi, and how are you doing?”.

So I sent this person an email.*3

*3 I know—I could have picked up the telephone. But I actually felt in this instance email was the correct method of contact. There is not that strange “Umm…” in the conversation. And it leaves the ball in his court to choose to respond or not.

It’s been 17 years since I graduated from High School. That’s 1991 for those of you attempting to do the math. One of the few persons who served as role models to me during those times was my track coach. He was probably the most positive influence on my life aside from my Scoutmaster. 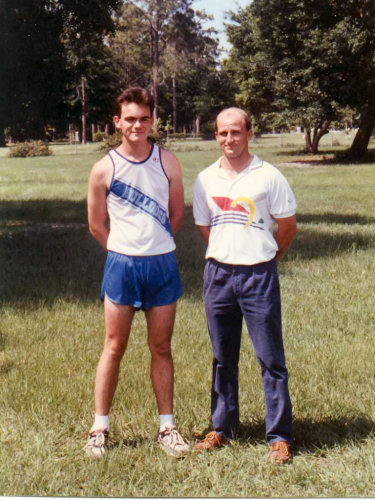 Me and my High School track coach. What’s with my uniform?

Call me cynical but I don’t expect to receive a reply from him.

The reason I’m cynical is because of where I went to school versus my sexual orientation. I went to a small, private, Church of Christ-run school. I’m fairly certain word traveled quickly once I outed myself to some former High School friends—most of whom are still associated with the school in one fashion or another.

I don’t know that he’d hold this against me as a person, as he didn’t seem like this when I was a young, impressionable student. But times—and people—change. Just like I did. I know at this moment, this is just me allowing a “reverse” stereotype to affect my feelings about this matter.

Has anyone else done something like this? And if so, how did it go?

This made me laugh. 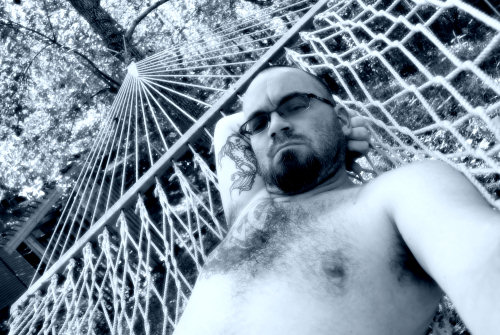 I have got to start working out…. *sigh* 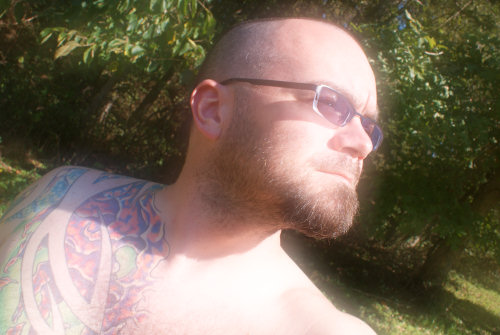 A few of you may get the reference in the title (without having to Google). 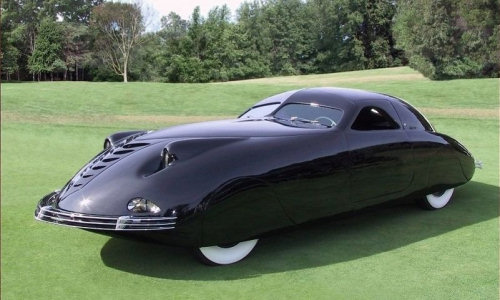 Sadly, it was a prototype that never went into production. More information available at this Wikipedia article.

Of course, I would have to add a short mohawk/fin to the roof though. And maybe a little neon embedded in it for that nice “glow”.

Give it about 30 seconds before you decide to stop it…

Since I only speak English (and not very well), I have no idea what is being said.

I just like it! Thanks to MAG for this!