We last left off with the discovery that two of the back walls of the house had slipped off their foundation at some point in it’s history since 1892, and had been well camouflaged by a previous owner.

The Husbear and I found a way to correct this problem! And it’s relatively simple. Relatively.

We will simply increase the footprint of the house by adding an entirely new Master bathroom, and remove the existing back walls. (Which also means we will be moving the Master bedroom downstairs in the near future.) I think the Husbear must employ some mind-control device on me to get me to agree to such things.

I said “simply”. We know how that goes….

Unfortunately, we had a 60+ foot tall problem sitting right in the middle of the proposed area for the new Master bathroom. 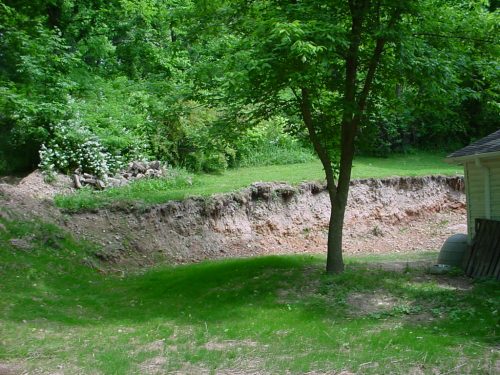 This picture was taken in 2005. I thought I had taken a more recent picture of it, but alas. The tree had grown a wee bit since 2005. So much that it towered over the roof of the two story house by at least 30 feet. At least.

I hate being up on a ladder. And I hate chainsaws. Put them both together, and it’s worse than my dislike of clowns and politicians! But after some creative cutting of the larger branches, and some narrow misses on bringing said limbs down on the house, we were left with the trunk and the stump.

First we axed it for a while. Then dug and cut around the roots with trowels, hammers, and a sawzall. 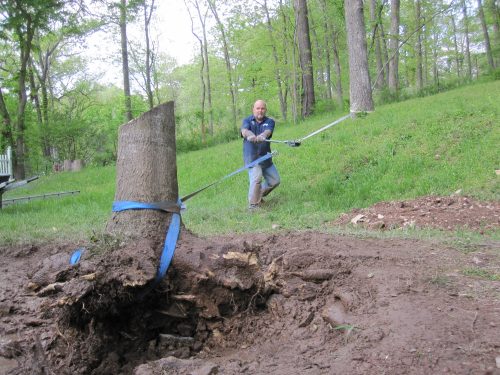 Then we bought a pressure washer and blasted out the dirt so we could see the roots. After that, it was a “simple” matter of cutting the remaining roots and pulling on the stump with a cumalong. “Cumalong”. Heh heh. 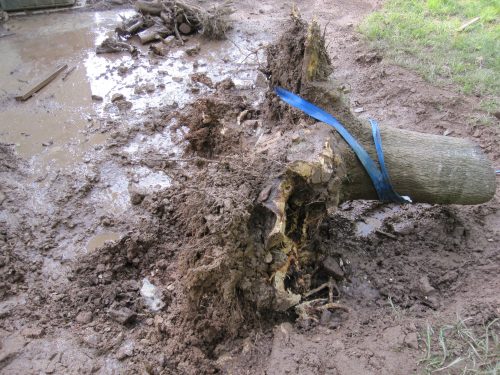 Yea! The stump is removed!

Now that the stump is out of the way, I can string out the area for the new foundation so the form for the raised concrete foundation could be built. 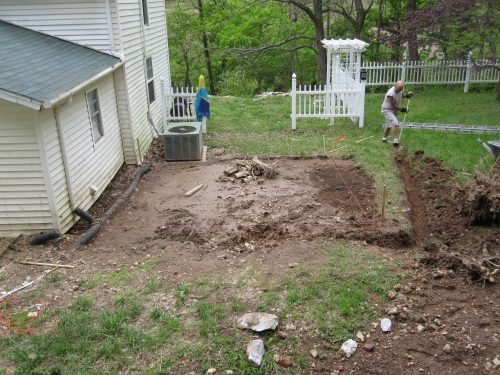 The form is almost ready. Hopefully we’ll be able to start pouring the concrete this coming weekend for the walls of the foundation. If it doesn’t rain. Again. 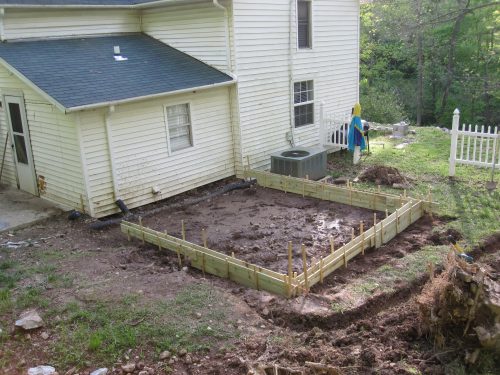 Can you tell we’re wore out? 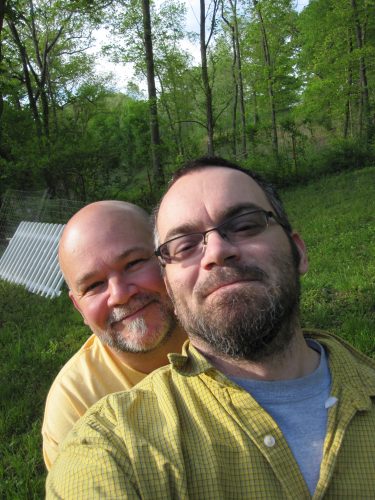 11 thoughts on “On Stump Removal, and Making Things Bigger”