Happy birthday to you. You know who you are.

Since you aren’t in the mood to celebrate, I got you this instead: 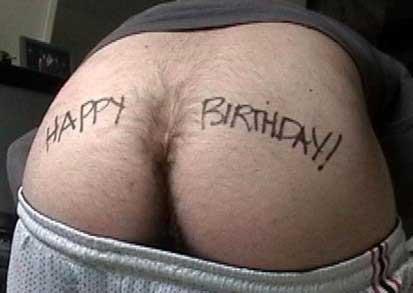 At least you don’t have to blow out the candle.

This just popped into my head: “You shouldn’t confuse gloryholes and donuts.”

I have no idea why. 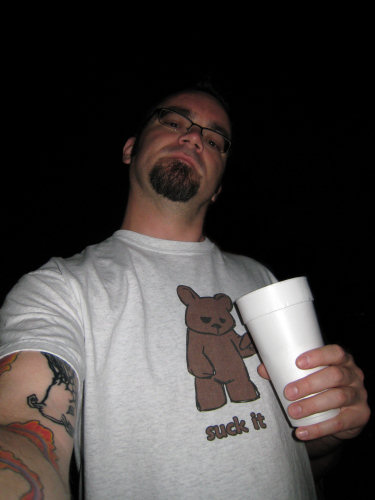 A co-worker at the GreatRetailEmpire has started blogging on something other than mySpace… finally!

Knowing how well-written he is from his blog on mySpace, I’ve been watching his new blog, waiting for that first post other than “Hello World!”. And he finally has.

(And maybe I can convince him to copy over his stuff from mySpace to his new blog space….)

I’m not normally a fan of the cigar, but when it’s hanging out of the mouth of this guy, it’s okay. 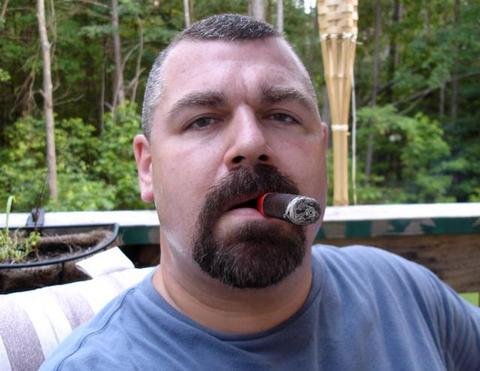 Say what you want, you know this is funny…

Stolen from Chris at My 2 Cents… 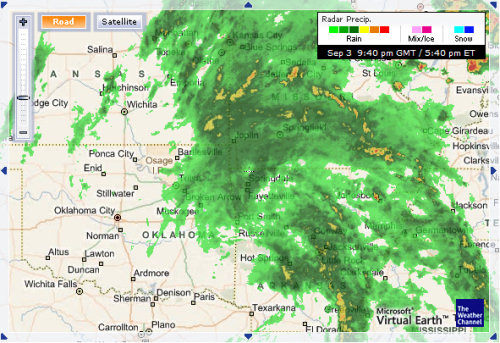 It seems that what is left of Gustav has made it’s way here now. It has rained since yesterday afternoon, fluctuating between a heavy rain and a light drizzle. We always can use the rain, and at least it is a “soaking rain” as the Husbear calls it.

But that’s not what this post is about. Well, not directly.

We had a great time in New Orleans—even if the crowds were lacking and the weekend was cut short due to the mandatory evacuation in preparation for Gustav.

Which is that this post is about—our experience up to and with the evacuation.

We didn’t have a newsworthy experience.

Which seems to have been the general consensus this time around as compared to the previous evacuation of New Orleans. This one went “smoothly”, which is a feat I indeed do feel to be newsworthy. To move how ever many people were moved (an estimated 2 million people for the area from what I last heard on the news) in an mostly orderly fashion to a completely different part of the country shows either: great planning and execution on some group or groups parts; or extremely dumb luck. I’m thinking luck only had a little to do with it.

It was very noticeable as New Orleans starting “closing down”. There were no crowds. Many businesses were preparing by boarding up their windows while leaving their doors open for those who were there. 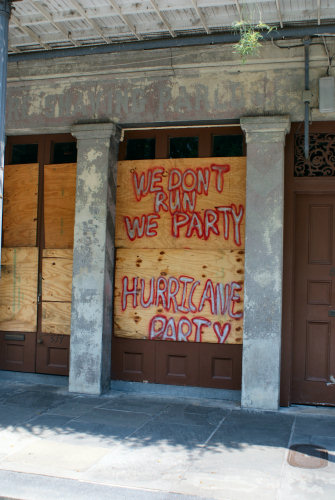 “Trying to reason with Hurricane Season…”

The “straight” end of Bourbon Street was dead and closed long before the “gay” end. More than likely a result of the fact that it was Southern Decadence weekend after all. It was extremely odd to walk down Bourbon Street during what should be the busy hours, to have it all boarded up and essentially a ghost town. 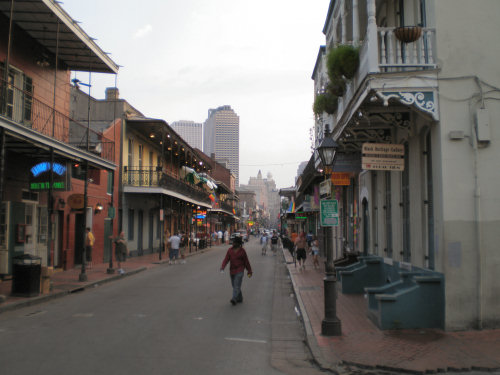 Unlike some hotels in New Orleans, we weren’t kicked out of our hotel onto the streets with nowhere to go 2 days before the mandatory evacuation. This happened to some friends staying in other hotels in the French Quarter. Some couldn’t get their vehicles out of parking garages around town as the owners closed up shop and left, leaving many people having to find alternative means of transportation out of the city. Many people were at the airport for 12+ hours before their flights.

We waited until the day of the evacuation, leaving only a few hours before the actual “mandatory” order went into effect. Call us stupid for putting ourselves in potentially harms way, but having access to different weather, news, street webcams and local police agencies makes getting information and knowing what to do a lot easier these days. And if many of the French Quarter locals weren’t in panic mode and staying as long as they could, why should we bail and not give them our money?

Our hotel, the Omni Royal Orleans, did everything they could for us and other patrons of the hotel. We received timely updates from the hotel staff and managers as events were unfolding, preparing everyone for the eventual evacuation, all the while trying to provide what services they could to “keep things going” in the New Orleans tradition.

We didn’t have any problems getting home. In fact, there were only two real problems we noticed. One was that with so many people on the Interstates, every exit was full—lines at every gas station and restaurant, if they weren’t closed as well. Many gas stations were completely out of fuel, which would be understandable when you consider all the people on the road. We saw countless SUVs that had gas tanks strapped to their roofs. 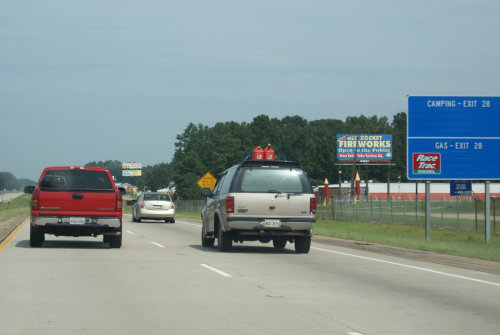 Gas guzzlers bringing their own fuel…

The second problem was the lack of “advertising” about where to get onto the Contraflow lanes. Most of the traffic was in the standard travel lanes, and if you missed the VERY FEW options to get into the Contraflow lanes, you were stuck in traffic. Even when you had a chance to cross over, those crossways were usually blocked off. 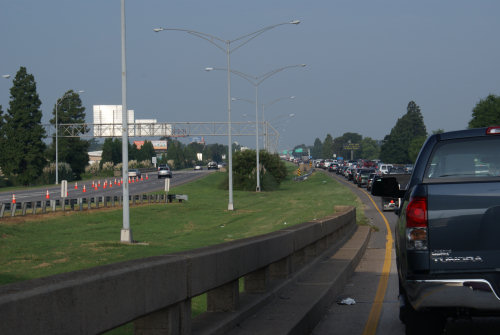 Once we cleared the 20-mile bridge out of New Orleans we pulled out a map and started taking highways and back roads to get back home. The normally 10-hour drive took 16 hours this time, 4 of those to cover the first 40 miles out of New Orleans. It was actually a nice, pleasant trip through parts of the state we would never have seen otherwise. The last car I remember passing that had Louisiana tags on it was all the way up in Little Rock. 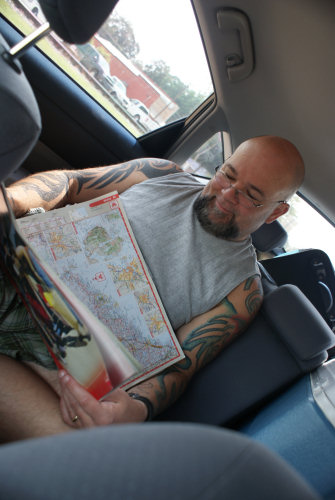 The Husbear trying to read the map…

The Husbear and I are both now worried that since something “bad” didn’t happen after this evacuation, people won’t leave the next time—as we’ve already heard people saying when interviewed on the news. I know it means not having money coming in for a few days (or longer), but if you live in someplace where this is a possibility and a reality, you save up for such events. Let’s just hope they won’t need to evacuate for a long, long time.