Sometimes humans say things that are beyond stupid. We humans have our moments where our mouth disconnects from our brain. I accept that as part of our being human.

But for some reason which I have yet to fully determine, some people think they can freely express their stupidity when they enter a tattoo studio. I’m assuming it’s because of the history of tattooing in the U.S., but I can’t be certain of that. Or maybe it’s the perception people have about the attitudes and beliefs of tattooists? Or maybe it’s just because I live in the South?

Lately the stupidity seems to have gotten to the point that I am seriously considering a similar sign for the window of my tattoo studio: 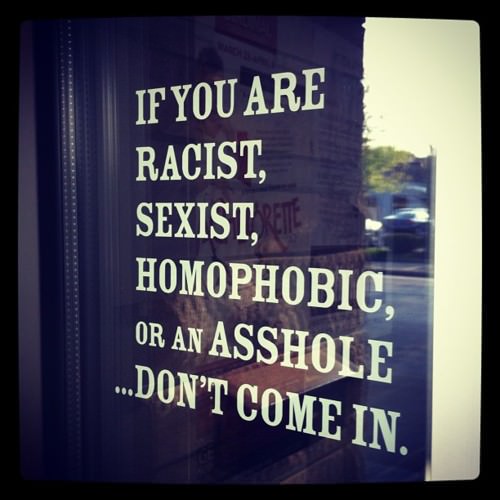 I would replace the word “asshole” with something a little less vulgar, like with “contemptible”. Not that anyone in these parts would probably know what that means. Maybe “hateful” would be a better word people might know? 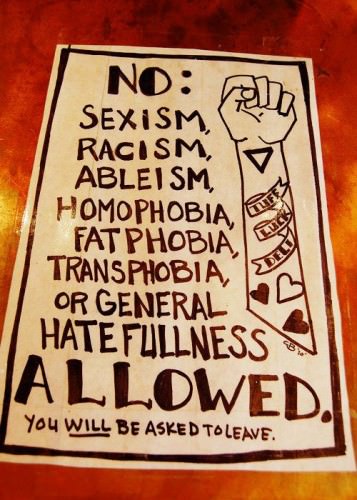 I wonder how well *that* concept would go over here in Arkansas? 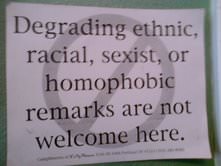 One would think with this being the 21st century, signs like these would not be needed. But sadly, I think we are far from not needing these signs.

9 thoughts on “Beyond Stupid”