I was going to post about my best buddy today, but something happened that I just had to write about. This was one of those “I just have to tell someone” stories. He will understand… and I’ll make it up to him later. 😉

But this isn’t about her. It’s about the customer: it was a 16-year old BOY getting a tattoo.

I don’t really have a problem with the age thing. We attempt to talk most underage people out of a tattoo. I believe it would not be responsible to not attempt to do so. I typically won’t say “no” as they will just go elsewhere or have it done in an unprofessional/unclean environment. Anyone under 18 years of age must have a parent sign for them, and remain there during the procedure. His mom was there with him, as well as a friend-girl. (After a while I realized it was his “Guuurrl-friend”.)

But this isn’t about his age either. It’s about his tattoo choice.

He was getting a lower back tattoo. Also known as a “tramp stamp”. 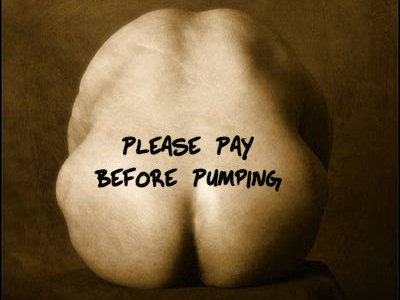 I have issues with tramp stamps on both men and women. More so on men. I’m not sure why, and I should be the last one to be judgmental about someone’s tattoo choices. I just have issue with them. I’ll deal with that at some point, I’m sure.

BUT this was not just any tramp stamp. It wasn’t your typical flowery or tribal-type tramp stamp…

This tramp stamp was a word. And not just any word. It was HIS OWN NAME! Read that again. His. Own. Name.

And what about his mom? Did she not think this was odd? I later found out his mom was the one who drew out his name. And worse, she helped him pick the location of the tattoo. WHAT THE HELL?

I think this one will stick with me for a while….

To make matters more… well… funny (to me): he had a “v” in his name that was centered directly above his ass-crack. It was like a directional pointer saying “Please fuck me here!”.