My Idea Mix challenge for today: “Listen to new music. Pick up a random new artist or band and listen to a couple.”

Ironically enough, I was introduced to a band called Caravan Palace on Boing Boing today (I’m a few days behind on my rss feeds), and I fell in love with everything I’ve listened to so far.

The songs have an odd swing feel to them, modernized with some electronic bits. I’ve posted two different songs below, as they both have a slightly different energy to them, in case you don’t like one or the other.

(YouTube link if you do not see the above embedded video .)

I think I shall be adding their album to my collection. 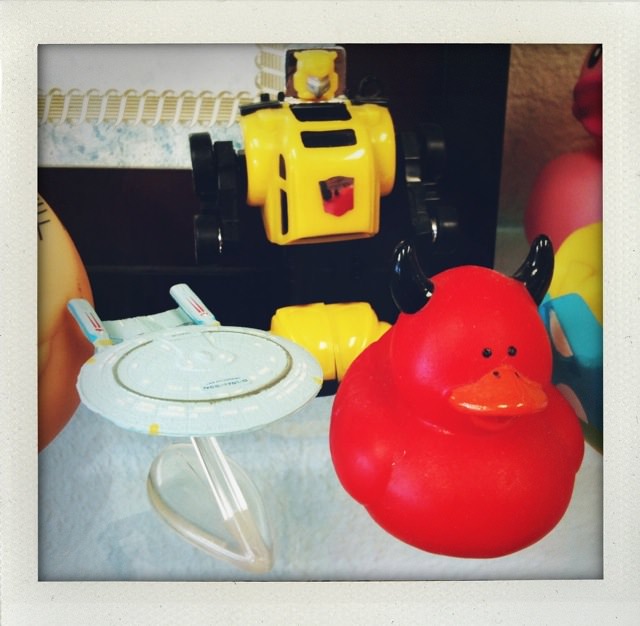 I stumbled upon an iPhone app called “Idea Mix” that helps trigger creative… responses. At least that’s what I’m using it for. It offers a new creative challenge every day. Useful for those days I can’t think of something to blog about, which is most days.

Yesterday’s challenge: “Accept and share out loud a mistake you have committed.”

There have been many. How to choose just one?

My most recent mistake I hesitate to share, actually. But it happened last week and it’s still fresh on my mind. It’s a lesson for me to learn from.

And it involved a tattoo.

A client was getting the word “Princess” tattooed on her back, in pink ink.

Somehow, something happened to the stencil during the process, and the “c” received a line across it that unfortunately made it look like an “e”. An unfortunate something I didn’t notice.

And that’s what I tattooed.

I realized what happened as soon as I did it. At which point I stopped and explained to the client what happened, and what I could do in an attempt to correct it. And that I wouldn’t charge her for the tattoo either.

She was surprisingly awesome about the whole thing. I really don’t know how I would have reacted had it been me.

I know I felt like crap for my mistake though. A mistake that could potentially be permanent.

So I abraded the area with a salt water mixture to help draw out the ink in the area, which also helped to create a little extra scabbing that could be picked at as it healed to also pull out any excess ink.

The client came in yesterday and we pulled off what scab was there, and the majority of the line was gone. We will repeat the process again next week to pull out what little is left.

I still feel horrible about it.