Our first inside project. The pictures show how the living room appeared before and as it does now (more or less).

We don’t know which set of previous owners put up the wood paneling, but someone eventually tired of it and just painted over it instead of removing it. We ripped down all the wood paneling, and found three of the existing walls had been sheet-rocked, and the fourth wall was done in all wood tongue-and-groove boards, some parts of it still having old wallpaper on it. This was a surprise for us. We knew the upstairs floors were tongue-and-groove, but we had no idea any of the walls were done that way.

We had originally talked about pulling down all the drywall, and refinishing the tongue-and-groove walls, but due to financial restraints at the time, decided against it. Instead, we put up sheetrock and finished it out. We might one day go back and strip everything back to the tongue-and-groove, but that probably won’t be for a while. 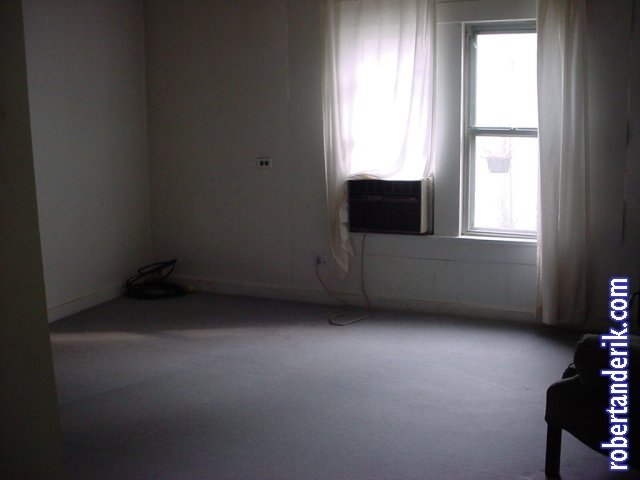 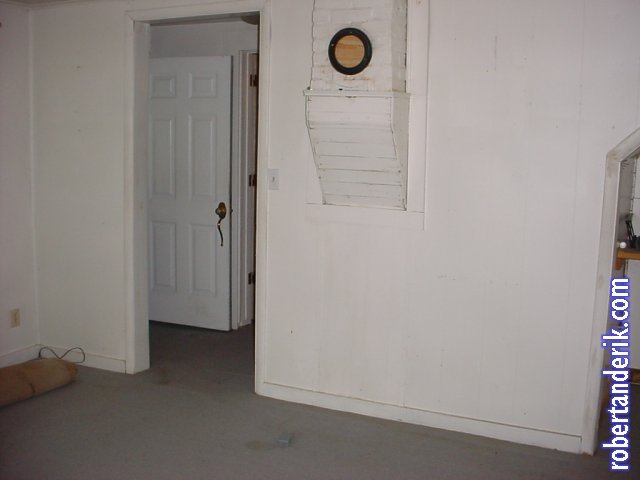 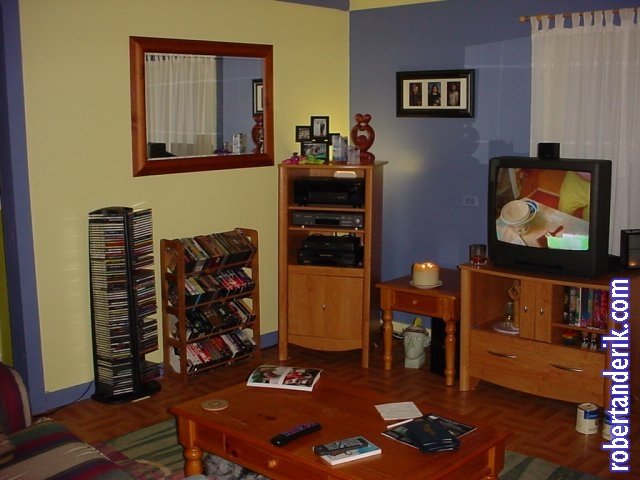 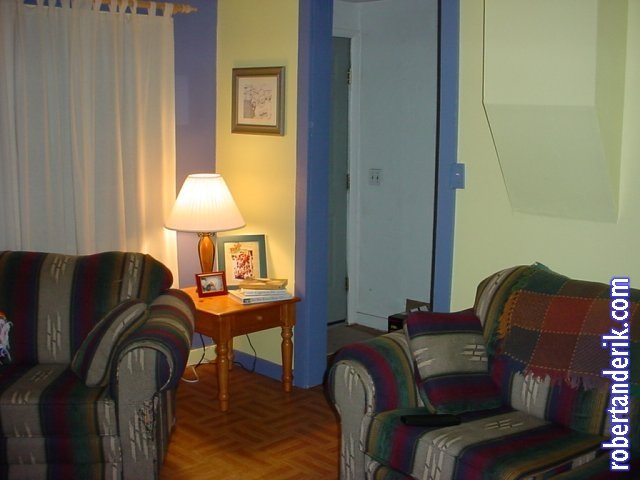