Thanks to a post over on Geeks Are Sexy, I was made aware of this piece of AWESOME: The Animaniacs Theme, done in Ragtime.

Stick around in the video for his second attempt at playing the song. Even MORE AWESOME.

I’ve always had a bizarre thing for ragtime. I don’t know why. But I have very early memories of liking Scott Joplin’s “The Entertainer”. And always being drawn to the ragtime pianist at Disney World who was also over by Casey’s Corner at the end of Main Street, USA.

I’m not really sure where I was going with that. But you just got a little more insight about me.

The Yaksmas tree was up for LESS than one day before the kittehs µ and m had destroyed it.

We put the tree up Sunday evening. And when we woke up Monday morning… well… there’s a Doctor Who episode (or two) that has these remote-controlled, killer Yaksmas trees in them that basically spin around and try to kill you. That’s what it looked like had happened to our tree.

The Husbear was not amused.

As the Husbear and I never found a solution that would keep them out of the tree last year, we have resigned ourselves to locking them up in the kitchen and mudroom when we’re not around to watch them. And even THAT took some doing: we had to install a temporary door just to get that to work.

I wonder if anyone markets perimeter-aware shock collars for kittehs….

This post is more a note to myself, just in case I have to repeat this process again.

And it might be interesting to anyone who’s geeky enough to understand it. 😉

Sometime ago, I had purchased a Pogoplug. It’s basically a network device that lets you plug in USB drives and access them from any computer.

It’s a great idea, but the Pogoplug implementation of it is extremely poor. Extremely.

All access to any drives plugged into it goes through their servers, even when I just wanted to access files locally on my LAN.

Which makes it so fraking SLOW!

Which is not what I wanted. But that’s what I get for buying it and not a real NAS in the first place.

So I started looking for OS replacement alternatives for the Pogoplug. And I found one!

I followed the instructions here and installed a flavor of linux on the Pogoplug.

And then I installed samba.

The only problem I noticed with it was that the LED on the front of it continually blinked. Which I fixed by editing /etc/rc.local. Because the model I have is slightly different that what the main install distro has (currently), I had to use use this path instead: /usr/local/cloudengines/bin/.

And since I’m a n00b at *nix, and I don’t really know samba at all, I had to reference help here and here.

I just want to take a moment and say “Happy Thanks-taking” to all my friends and family out there. I’m thankful for all of you who have touched me in some special way. 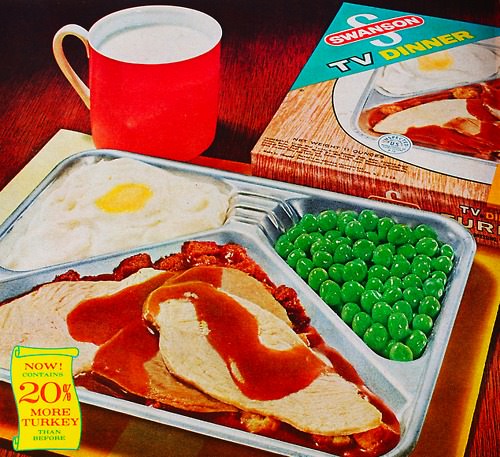 Well, the digital me has at least. If you can see this, then my move from my old web host to the new web host went well.

Back in October, I discovered my current web host was going out of business. I asked for recommendations, which many of you offered. Based on J.P.’s recommendation, I ended up choosing MacHighway. While I’m not a Mac guy in any way, I do like the fact that the servers are wind powered.

I first moved a couple of my “static” business websites over to them to see how that went. After not seeing any real issues, I decided I’d take the big leap and move this site over to them as well.

Which was a little more challenging.

MacHighway has excellent documentation on moving from one host to another, and all the things you need to do to make it work. I ended up having issues with both methods they document for moving WordPress sites, so I ended up doing it my own way. Which worked. 😉

As I write this post, I see a few minor things I need to figure out what’s going on with. But for the most part everything looks like it survived the move.

I stole this from Spo. I’ve seen several bloggers in my “circle” do this meme, so I thought what the heck. It’s a break from the stuff I’m mentally recovering from. That I promise to blog about.

And I had an actual moment to kill as I’m waiting for a buyer to come look at my 1969 CJ5 before I run off to the studio for the day. I don’t really want to sell my Jeep. But it’s been in a non-running state for about 2 years now and just taking up space in the yard. And I haven’t had any real free time to work on it. It needs a better owner than I can be at the moment. 🙁

1. How old were you when you knew you were gay?
At a very young age I knew something about me was different than those around me. I just didn’t know what. Until I was older. And taught it was evil and wrong.

2. Have you ever had sex with the opposite sex?
Nope.

3. Who was the first person you came out to?
Myself.

4. Are you out to your family?
Immediate family, yes. Although I’m sure everyone else in the extended familia knows by now.

5. Do you want children?
I didn’t. But I inherited three of them when I met the Husbear. And it was great.

8. Is your best friend the same sex as you?
Yes.

9. If your best friend is the same sex, have you ever had sex with them?
Yes, but he’s my Husbear.

10. Have you ever done crystal meth?
No. I’ve seen too many people here in Arkansas/Missouri that are poster children for meth use. Just take a look at the mugshots from the county I live in.

14. Would you date a drag queen?
Not intentionally.

15. Are you ‘fixed in your ways’ as it were?
I appear to be, and it appears to be getting worse the older I get.

Original 15. Are you a top/bottom or truly versatile?
Bottom. The couple times I’ve attempted to top, I didn’t like it, and it didn’t go well.

17. Have you dated someone of a different ethnicity?
No. But aren’t we all mutts really?

18. Been to Fire Island? Saugatuck? Key West? Ft. Lauderdale? Palm Springs?
No to the power of five. (Actually, I went to Key West when I was a child, but I don’t think that counts.)

Original 18. Have you ever barebacked?
Yes.

19. How many Madonna CDs do you own?
Zero. Unless you count the ones the Husbear has.

20. Name of your first love?
I don’t really remember.

24. Biggest turn off?
Being a loud-mouthed douchebag.

25. Ever been harassed due to your orientation?
No. At least not directly. Weird considering where I live, isn’t it?

26. Worst gay stereotype that applies to you?
I suck dick?

29. Would you rather be rich and smart or young and beautiful?
While I wouldn’t mind youth and beauty, I can buy beauty if I’m rich. And smart always helps.

31. Do you trim your body hair?
No! It took me this long to just grow any of it.

32. Ever had sex with more than one person in a day?
Yes. Unless you mean at separate locations.

34. Which character in “The Women” best reflects you?
I don’t even know what “The Women” is.

35. Favorite gay expression?
I don’t know that I have one.

37. Do you believe in fairies?
Aside from the gays, no.

40. Would you date a smoker?
Not really.

41. If you are male, do you know many lesbians?
Not many.

42. Do you know anyone who has died from HIV?
First-person, no. But I do know several people who are living with HIV.

44. Is your gym cruisy?
Not that I know of. But then again, I’ve been in a gay bar and not known it.

45. Grinder or Scruff?
While I have an iPhone, not really either. “Hooking up” intimidates me. I’m weird, I know.

46. Are your best years behind or in front of you?
I hope in front.

48. Make out music?
I make my own music. In my head. You should hear it. Shuffle is a wondrous and scary thing. Actually, you should be glad you can’t hear it.

50. Did you ever have sex with him?
No. Not for lack of trying on my part.

51. Have you ever been to a nude beach?
No. I’m personally scared to be naked. Especially in public. Remember that kid in gym who used to change clothes in the bathroom stall? That’s me.

53. Ever had sex in public?
Define “public”. I had sex outside once on someone else’s property. Does that count?

54. What gay gene did you miss out?
Way too many: fashion, cruising, grooming, gaydar, dancing, music…. The list goes on.