There’s really no clear direction as to where this post is going. That’s really how my brain functions. Writing without editing what comes out of my brain has been known to cause motion sickness in others. They probably make medication for that….

INXS. One of my favorite bands from “back in the day”. Right up there with The B-52’s, Shriekback, The Cure, R.E.M., Poison, Mötley Crüe, Def Leppard, Iron Maiden. Wait. Some of those do not seem to belong with the others. I guess I did/do have some rather wide-spread musical tastes.

Back to the title.

“Elegantly Wasted” was released in early 1997, and is from the last album recorded while the lead singer Michael Hutchence (R.I.P.) was alive. This is the video. Give it a watch/listen.

And a little more on the bizarrely sexy side, there’s “Taste It” from the 1992 album Welcome to Wherever You Are (which I think, as a whole, was their best album):

I don’t think a lot of INXS fans enjoyed many of the albums following Kick, but I did. Even that bastard album Switch with the previously latest lead singer J. D. Fortune.

Everyone always seemed to have had the hots for Michael Hutchence. Yet I always thought keyboardist/guitarist Andrew Farriss was it. Andrew was always in the background compared to the rest of the band, but always seemed very alluring. (Okay, I’ll admit: Garry Beers, the bassist, is also a little hot.)

In the long ago when everyone was much younger, Andrew is on the far right: 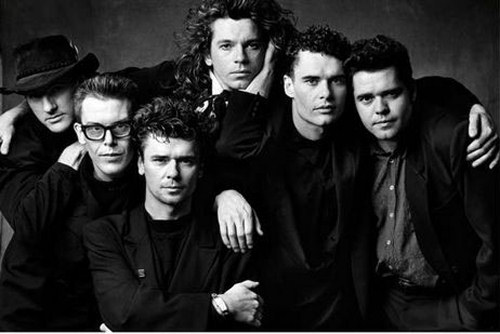 And now. Andrew is the 2nd from the left, with the maroon-ish/burgundy-ish jacket and pants: 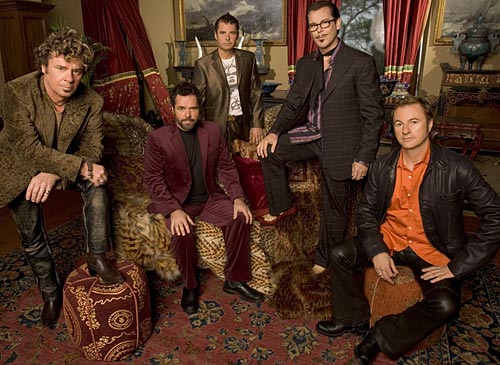 Hmm… I just noticed something.

Andrew Farriss reminds me a lot of Aaron Douglas (Chief Galen Tyrol on Battlestar Galactica), who I also think is ever so adorable.

With beard, as seen on BSG: 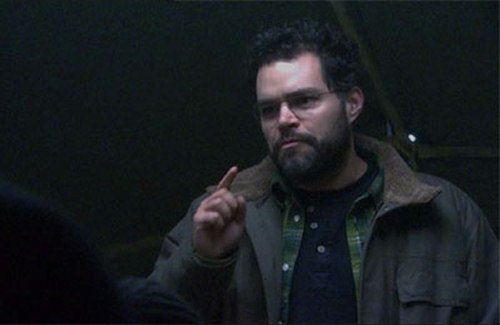 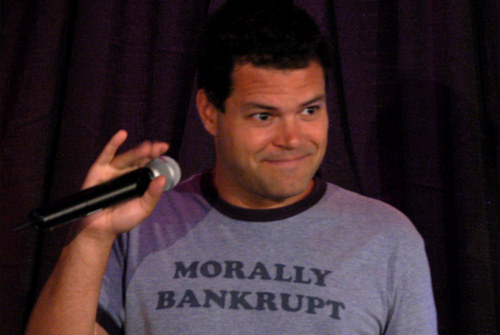 I told you this post wasn’t really going anywhere. Although maybe you gleaned a little insight about me.

Hopefully you didn’t get to motion sick.

I think I’m going to go watch some Battlestar Galactica now…. And get elegantly wasted.