Whatever you celebrate, I wish you a merry one.

Just thank whatever deity you chose to believe in—if you believe in one—for the discovery of alcohol. It’s the only way many humans seem to be able to make it through this time of the year with any sanity left intact.

I often wonder why Christians don’t celebrate חֲנֻכָּה, since that’s what Yeshua would have celebrated. Eight days of presents! Then again, many don’t even seem to comprehend that Yeshua was Jewish.

Speaking of presents, in just a few more hours the stores will reopen to sell you more stuff! Or to give you money back for the stuff you got that you didn’t want.

That is what Christmas is really about, right? A time for stores to make a profit, and for consumers to go further in debt? That sounds exactly like something that Yeshua would want people to do. 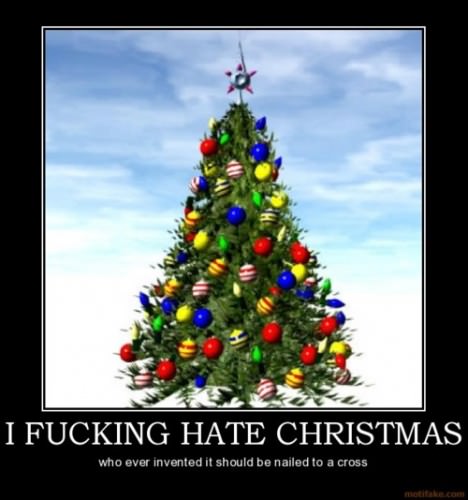 I think I’m getting more misanthropic the older I get. I would make a great cutter if I didn’t think it would hurt so bad.

I guess it’s time to pour myself another adult beverage.