Sorry about all the photo posts as of late.

Clowns still scare the hell out of me. To this day. This one more so than any I’ve ever seen up to this point. 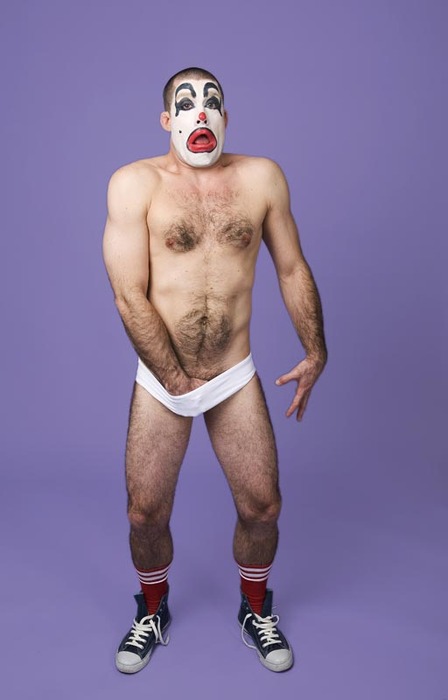 What do you do with your arms when you sleep?

I always have a hard time figuring out a way to get comfortable with my arms when I’m trying to go to sleep. Sometimes I lay on them when I sleep on my belly, sometimes they’re curled up like I’m impersonating a T-Rex, and sometimes they’re wedged under a pillow.

No position seems entirely conducive to falling asleep. One would think after 36 years of sleeping almost every night, I would have figured it out by now.

And while I’m on the subject, how do you fall asleep: on your back? side? stomach? sitting up? 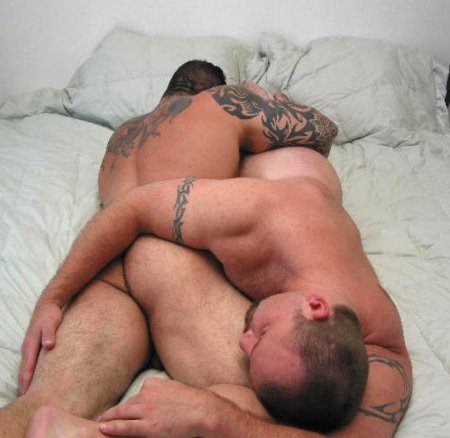 Update: I modified the title by adding the “(this might be NSFW)” to it. Apparently this one is a little “edgy”….]

Please forgive me, but what follows is a “bitter” post.

March 6 was my father’s 67th birthday. I mailed a birthday card (it will get there late) but I did not call him.

I have not spoken with my father (on purpose) since I received his phone call almost one year ago. (I didn’t specify who the family member that called was in that post, but the phone call was from him.)

I am certain this will upset some family members (that I think lurk on my blog) but so be it. What saddens me is that they will be upset not because of the actual content, but because of me publicly airing “negative” information about the family.

I have had a letter tucked away on a bookshelf that I received over three years ago. I know I should probably get rid of it and forget about it but for whatever reason I cannot. I believe the letter was originally intended as my father’s response to the “coming out letter” I sent in August 2001.

Yes—I mailed them a letter telling them I was gay because I was too afraid to do it in person. I was a coward and feared for my personal safety and my sanity; so I wrote a letter and mailed it to them.

And so this episode starts with a letter that I received four years after I sent my letter.

I came across this letter I had written to you about 4 years ago. Somehow it never got sent. So here it is. None of us can go back but we all can change the future. I have made mistakes and have had to go and fix them.

By the way I have 2 houses in Zellwood ready for immediate occupancy if you decide on coming down this way.

That was the cover letter. The real “fun” comes in the letter that was attached that “never got sent”:

It was good to hear from you when you called and also write. Call anytime especially at the nursery where I am most of the time.

Erik all through your life you had to make choices. At first your mom and I decided for you that Phyllis Wheatley Elementary School] was not good for you. We decided to spend money on a private school and I believe it was money well spent. First you went to Calvary Baptist in Winter Garden. Later you went to Christian Home & Bible School. I feel we allowed you to take the classes in the subjects you desired. Later you picked an out of state college Harding. I probably should not have allowed that. But I only made that mistake once. You know all of this but what I want you to understand is that all through life and college you have choices to make. You picked what areas you were to study in. I studied in Horticulture and went into a career in Horticulture. I had a choice to major in Plant Diseases but I found I would be at a plant inspection station and the import office all my life and I felt I wouldn’t enjoy that. Can you see back when I was in college and making choices I governed what my future was and is going to be.

The same is true of you, Erik, if you make the choice to prefer men over women. You made the choice then you tried to get your life to fit into your choice. You decided to go to a school far away so no one you knew could check on you. After graduation you had plenty of friends here in Florida but you knew they wouldn’t approve of your life style so you stayed far away where you could associate with those of that life style. Remember you made the choice. Now you are in a life style that doesn’t allow you to associate with Eligible Women. You could leave that life style if you wanted. No one is forcing you but you would have to leave your familiar life style and get out of town to a new place where you could meet someone of the appropriate sex.

From where you look now you don’t think you could have good sex with anyone but another man. But that is not true. It is just as thrilling to have sex with a wife as with some man. The Devil tells you that men are better but the truth is they are just perverted. he has just blinded you to the truth. Women are just as smart as men and with a little training try to please you any way they can especially if they love you.

The choice is still yours Erik. You must change. God does not approve of Homosexuals. Remember Sodom and Gomorrah. He just didn’t leave any survivors. And you are headed for an eternity in a place of torture. I know the Righteous are scarcely saved. Where will the sinner that God doesn’t approve of appear?

Now you write that you are sure you are a homosexual. You want us to love and approve of your choice. Like you could pick a blue couch or a red couch and we should respect your choice! Well we don’t respect your choice! You could find plenty of women that would love and take care of you till their last breath. But your choice won’t allow this and you think that by telling us and impress us with your honesty that you can gain our respect for your sick life style. Yes that’s what it is sick. You have just been very fortunate that you have not contracted a sexual disease. Most homosexuals are dead from Aids or are expected to die from Aids. There is no cure. One worked for me name removed by me]. He had died a horrible death, lingered for years too weak to walk.

The choice is yours Erik. Go back to the sick life you have chosen or make a break. Get out of Rogers to Florida. Go back to Orlando. Maybe take some hobby surely you have some creative interests] I remember you could draw very well and your very clever on a computer. There are hundreds of companies that are looking for someone to help with their computer problems. Rod, your brother, a poor to mediocre computer user is now solving our computer problems at Spring Hill Nursery.

And now how to find a woman who will love you. I certainly wouldn’t go to a bar. I believe there are at least 3 eligible good looking women 25-28 years old at Palm Springs Church of Christ and there must be that many at Par or Azalea Park or Bumby Church of Christ. Besides that Steve your brother] could possibly point you to 1/2 dozen he personally knows. Me I’m out of the loop at 59 63.

Erik you have to make the choice. I do love you or I wouldn’t have loaned you money I earned. But I do not approve of your chosen life style. Please change. Only you can.

There are so many things I have wanted to write in response to his letter but I never have. I am fairly certain that whatever my response would be, it will never be read by him in the light I meant for it to be.

Instead of writing a response for my father, maybe it’s something I need to write for myself.

When I read the letter I see things about my father that I did not see as a child: misogyny, elitism, racism and homophobia. Sadly, some of these “attitudes” have even found their way into MY personality in various ways. Things I am aware of and consciously have to fight back when they surface.

I made the mistake of finding some Candy Corn. And then eating it. The whole bucket of it. These are the last pieces of it before they were devoured—by me. 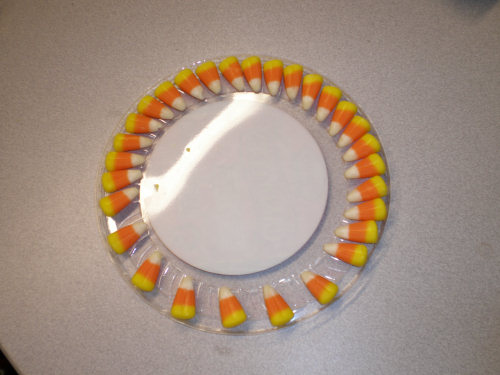 I did the arrangement myself…

And this is me at the tattoo shop later… 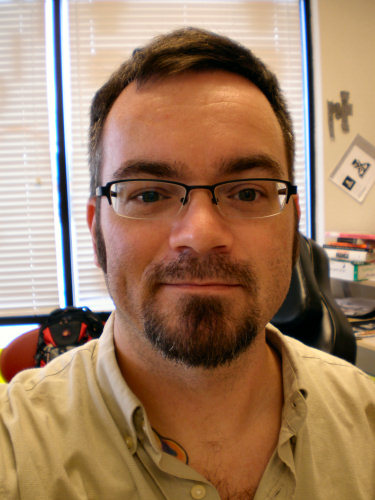 The husbear is having me grow my hair out. Everyone seems to like it when it’s all spiked up in one of those feaux-hawk things. But I managed to sneak out of the house this morning before he could put stuff in my hair. I don’t do “product” myself.

Nothing else to report.

It was pointed out to me after the “UnderBear Party” this past weekend by the husbear and a friend of ours that I have an unusual knack for attracting other bottoms. There have been many times at various events that I’ve been talking to some potential “play thing” only for it to end up that we were both on the same side of the “poking” fence. 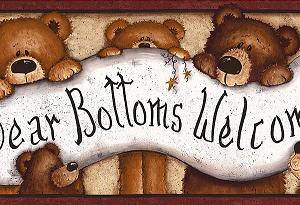 Add this to my being tragically attracted to very, very, very hetero guys and it is a wonder I ever found anyone to hook up with, let alone a partner.

I’m assuming the directions were in the handbook that I never received when I signed up?