Maybe it’s me, but one of these doesn’t seem correct…

I will never set foot in Bourbon Pub again…

Nothing says “Happy Friday” like waking up to a tire flatter than your own chest. 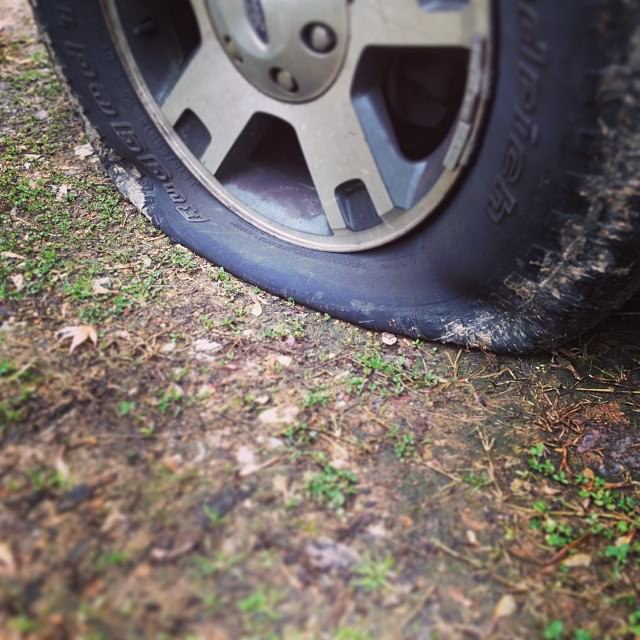 Which is what happened to me Monday morning.

So I jump online to look. And this is what I see:

Some asswipe hacker got a hold of my bankcard number somehow and decided to load a bunch of Starbucks stuff on it online. And a few other online retailers as well.

All of which made my personal account go seriously in the red. Big time.

Luckily my bank was like “Woah! This isn’t something Erik would spend money on.” and locked out my card so no other transactions can be created at least.

Which I am now dealing with through my bank. Apparently the bank has to let the transactions process through before they can even do anything about them. WTF #2?

Which also means my legitimate purchases that were made, as well as my pending online bill pays, more than likely won’t clear. So I’ll be tracking those down to get those taken care of and hopefully avoid fines and fees from them.

First this, and then my blog gets hacked. And I’m one of the most technology paranoid kind of people on the planet.

I’m still attempting to determine how both these incidents occurred.

My blog feed reader has “informed” me that I’m about two weeks behind in reading many of the blogs I normally read daily.

It’s not that I’ve given up. I get started reading and commenting. But then I get distracted and start doing other things, like bills and drawing and who knows what else.

I seem to have lost my focus to read.

The worst part is that it makes me feel like I am missing out on the goings-on of the people I care about.

I need to kick my own butt.

That, or maybe everyone could stop blogging long enough for me to get caught back up again. 😉

Just because someone checked in to see if I’m still kicking.

I’ve just been busy with… stuff.

To the point I’m about 8 days behind in reading blogs, let alone attempting to write a post of my own. Or even update my status on Facebook.

I’ll get a chance to breathe. Eventually.